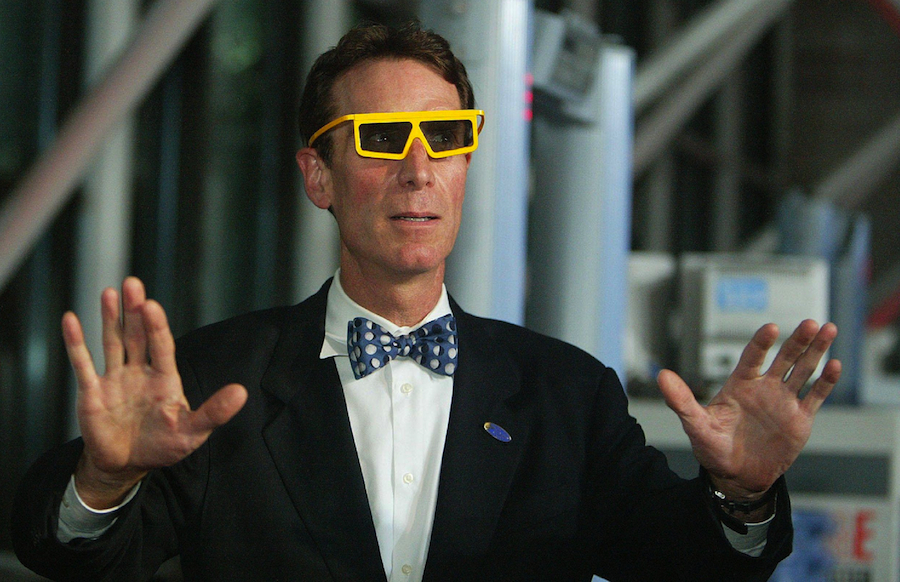 "Science rules." Yeah, it does!

One of my fondest memories in school was when the science teacher would take a break from the whiteboard and put on a video instead. And that video would most definitely HAVE to be "Bill Nye the Science Guy".

Shall I jog your memory?

Yes, the nostalgia is coming in full force right now. I bring him up because he just released a new series on Netflix called "Bill Nye Saves the World". The show follows suit in the educational science genre but he’s got some new tricks up his sleeve; a live audience, a correspondents table, and guests stars to add to his awesome scientific demonstrations. Some of the new episodes cover topics like climate change, GMOs, and A.I. technology. Granted, I am only 5 episodes in, and it really feels like a educational science series for adults. Some of his guest stars include Desiigner and Steve Aoki.

So far, reception of the new series is mixed, but if you have a Netflix subscription, check it our for yourself!

In the meantime, let's revisit the glory days -- Here are my top 5 favorite "Bill Nye The Science Guy" episodes that are all also on Netflix for us to re-watch!

Have you ever wondered how a compass or an MRI works? In this episode, Bill explains the science behind magnets and magnetic fields on Earth and other planets!

The fundamentals of many scientific applications are Newton's Laws of Motion. In this episode, Bill shows us how gravity and motion are a part of everyday life. Watching this episode is not only interesting but it’s sure to get you or your child acing that physics test!

As a California native my whole life, this episode was too real. Bill talks about tectonic plates and fault lines to explain how and why earthquakes occur. They also discuss seismology, the Richter scale, and how to pack your own earthquake emergency kit!

I will attribute passing my statistics class in high school because of how much this episode resonated with me as a kid. From looking at the different colors of gum in a gumball machine to flipping a coin 50 times, the episode brings the importance of probability to life in many real-life scenarios!

Which one was your favorite? If there’s one thing that I can say, it's that, in school, Bill Nye made science fun, and don’t forget, SCIENCE RULES!