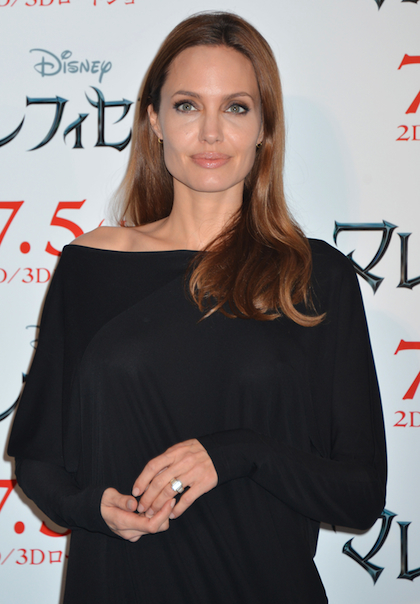 Academy Award-winning actor-turned-director Angelina Jolie is set to helm an anti-poaching film entitled Africa. Lately, the newly Mrs. Pitt has been up to quite a bit behind the camera. In 2011, she wrote and directed In the Land of Honey, a romantic drama taking place during the Bosnian War, which was generally well-received by critics. Her second directorial effort is the upcoming Unbroken, about a former Olympic track runner who survives a plane crash only land in several Japanese war camps as a prisoner of war. Unbroken is already generating a lot of buzz and even has critics talking about the Oscars.

Africa sounds like a similar venture, with a script penned by Eric Roth (the guy who wrote Forest Gump). Africa will follow famed real-life palaeoanthropologist Richard Leakey and his battle to fight the execution of elephants from the ivory trade. Leakey received international recognition in 1989 after he uncovered 12 tons of burned ivory in Nairobi National Park. He was also involved in a movement to shoot poachers seen on sight .

It’s a problem the country has had for a very long time and one which Angelina Jolie is very much behind fighting; hopefully her film will help shed some light on the situation. When discussing the film, Jolie has said, "I've felt a deep connection to Africa and its culture for much of my life." She went on to say that the film is about "a man drawn into the violent conflict with elephant poachers, who emerged with a deeper understanding of man's footprint and a profound sense of responsibility for the world around him."

Angelina Jolie is currently directing and starring in another film alongside her husband Brad Pitt entitled By the Sea.