An Ode To "iCarly"'s Gibby: The Weirdest Character To Ever Hit Kids TV! 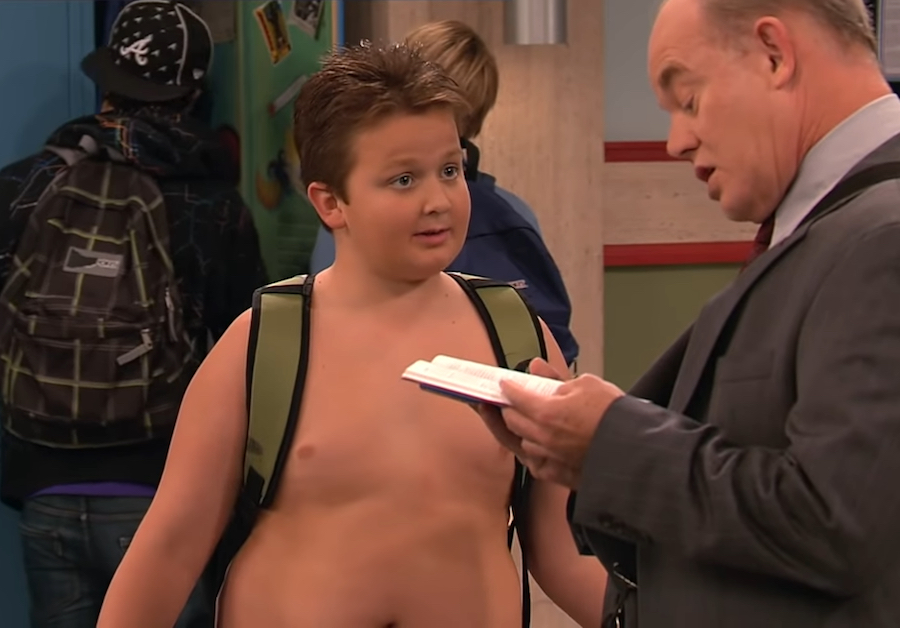 Wake up, members of "iCarly" Nation. Our reboot is coming!

The newest version of the iconic Nickelodeon series has officially started filming, and fans are more nostalgic than ever. So far, original series stars Miranda Cosgrove, Nathan Kress, and Jerry Trainor have signed on to reprise their roles on the Paramount+ show.

But there’s one other character we’re really hoping to see. You know him, you love him, you’ve probably been a little worried about him at some point. He’s just…

Gibby was undeniably one of the weirdest characters we’ve ever met, in any show. First appearing in the 3rd episode of iCarly’s first season, Gibby was down to try anything. Pop up from a massive cherry pie? Yup. Become the main ingredient of “Gibby Parmesan” and get slathered in sauce and cheese? Why not?! Take his shirt off every chance he got? You bet.

You literally never knew what would happen once Gibby arrived on the scene. You just knew that he’d probably make you laugh. And that comes in large part thanks to Noah Munck, who played Gibby. Jokes can always read funny on paper but then fall flat in execution. But with Munck’s commitment to the character – particularly the physical comedy of it all – Gibby’s moments were generally some of the funniest in the show.

But what really stands out about Gibby, even to this day, is his authenticity. He was always unabashedly himself, no matter what kind of comments his friends made. Gibby knew exactly how weird he was, and always wholeheartedly embraced it. Perhaps without intending to, Nickelodeon created a new kind of role model.

It only makes sense that he nearly got his own show. Following "iCarly"’s series finale in 2012, there were plans for a Gibby spin-off, simply titled "Gibby". Per the show’s IMDb page, the series would have followed Gibby as he mentors four kids at his job at a recreation center. Reports indicate that a pilot was filmed, but Nickelodeon didn’t pick the show up to series. We’ll never know what could’ve been.

Now, at this point, there’s been no indication if Noah Munck will be returning as Gibby in the "iCarly" reboot. Since his Nickelodeon days, he’s found success in the music industry, creating and producing EDM tracks, plus a recurring role on ABC's "The Goldbergs". Fans would undoubtedly be glad to see him again, but obviously his return would need to be done right. Reboots always tend to switch things up because, of course, our characters need to grow. But, should he return, the Gibby we know and love will ideally still be the Gibby we know and love. The guy with the big heart, the infallible self-confidence, and the zaniest sense of humor – that’s our Gibby. And we love him for it.

Until we get official confirmation of Gibby’s return, fans can go back and relive their favorite moments of his, with the first three seasons of "iCarly" now streaming on Netflix.