Aliens Meet Punk Rock in 'How to Talk to Girls at Parties' Trailer! 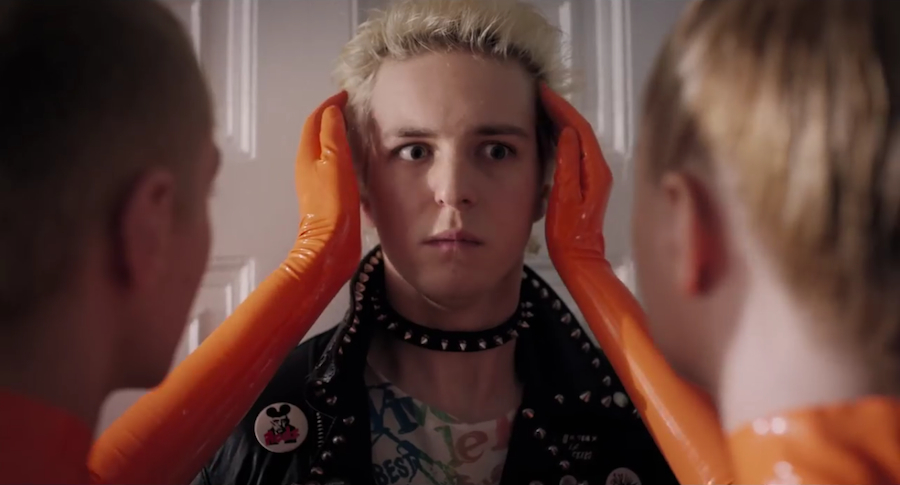 How to Talk to Girls at Parties has everything you could ever want in a quirky indie film -- angel actress Elle Fanning, Nicole Kidman as a punk rock den mother, a sure-to-be killer soundtrack, all over a backdrop of dreamy London, England. It really could not get any more amazing.

How to Talk to Girls at Parties is set in London in the late-1970s, when punk rock blew up into a national craze. The film stars Alex Sharp as Enn, a boy caught up in the punk scene, who eventually meets Zan (Fanning), an alien who has broken away from her group while on tour of the galaxy. The romance begins, and from the looks of it, everything goes absolutely bonkers. Alien culture clashes occur with Kidman’s character Queen Boadicea and it becomes a punk vs. aliens showdown!

The film is directed by John Cameron Mitchell, known from his huge success with his acclaimed musical Hedwig and the Angry Itch. The movie is based on Neil Gaiman’s 2006 short story, which will no doubt be familiar to science-fiction buffs. His work can be found on the big and small screens, like the Starz show "American Gods" and an upcoming series for Amazon called "Good Omens". Gaiman and JCM? Sounds like a match made in offbeat sci-fi heaven!

But let’s talk about Nicole Kidman some more, because even the few seconds she graces the trailer is everything. We see her like we’ve never seen her before, with gray/black choppy hair, giving us Edward Scissorhands-meets-Beetlejucie vibes and I. am. Here. For. It. She is already crowned one of the queens of Hollywood, but now she’s playing one and it’s about time.

The movie should hit theaters sometime this summer, but be sure to check out the trailer below!