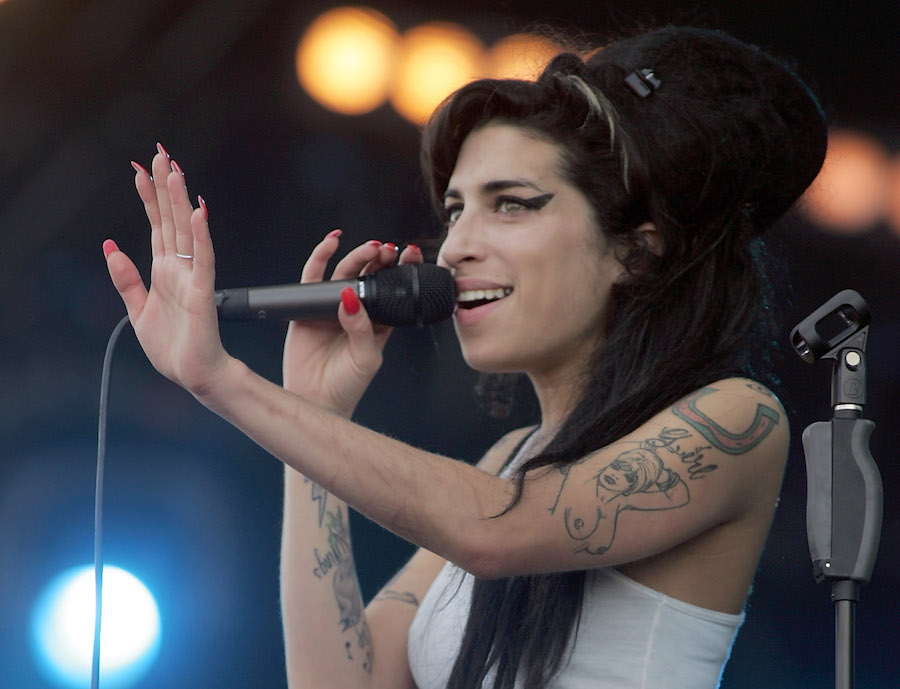 Music has lost so many legends at such young ages, with one prominent example being the “27 Club” that includes artists like Amy Winehouse and Kurt Cobain, who died at the age of 27. It’s sad to think about the things they went through in the spotlight and how their careers could have reached even further heights if they had more time. Luckily, we no longer have to wonder what kind of music they’d be making!

The mental health foundation Over The Bridge has created Lost Tapes of the 27 Club project to produce “new” songs by The Doors, who lost frontman Jim Morrison in 1971, Jimi Hendrix, Nirvana, who lost frontman Kurt Cobain in 1994, and Amy Winehouse. “The Roads Are Alive” is a new take on The Doors, “You’re Gonna Kill Me” takes inspiration from Jimi Hendrix’s unforgettable guitar riffs, “Drowned in the Sun” is a near-perfect recreation of Nirvana’s sound, and “Man, I Know” replicates Amy Winehouse’s soulful vocals.

Over The Bridge used an AI to analyze the biggest patterns and most common features in the artists’ music and predict what kind of music they would be making today. The program examined choruses, lyrics, chords, rhythms, and melodies of the musicians’ catalogs, then created its own version that producers fixed up and finalized for the EP.

The project aims to raise awareness of the importance of mental health for musicians, who are often very open about their struggles through their art. Over The Bridge reports that over 68% of musicians have experienced depression and 70% of musicians have dealt with anxiety and panic attacks, while members of the music industry are twice as likely as others to attempt suicide.

We love thatLost Tapes of the 27 Club honors these incredible artists while reminding us that no one is alone in what they go through and help is available. If you’re struggling with your mental health, don’t be afraid to open up to someone and seek the assistance you need. You’re not alone and you deserve to heal!