Everything We Know About DC’s 'Black Adam'! 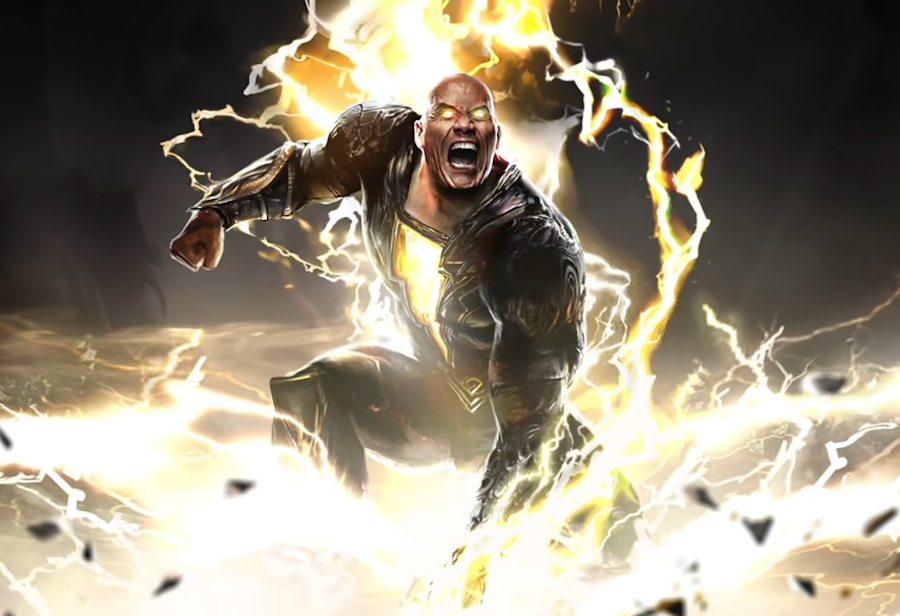 The DC Universe is expanding to include a film centered on Dwayne Johnson’s new supervillian, Black Adam, a spinoff of the movie Shazam!, which was released in 2019. Fans will notice Black Adam’s costume -- all black featuring a gold lightning bolt on the chest -- looks almost identical to Shazam’s red look. So what do we know about Black Adam already, and what can we expect to see from the film?

Black Adam will be released late July in 2022, as Johnson recently announced during an NCAA game. We get a lot of different messages from the newly popped-up Black Adam social media accounts, but one message is clear: “The hierarchy of power in the DC Universe is about to change.” So what does this mean?

We know fromShazam! that Billy Batson, also known as Shazam, was given powers by The Wizard, which allowed him to wield Living Lightning – and at the same time this occurred, the ancient Black Adam was freed from where he was imprisoned, unsatisfied by the modern world. He escaped to find the Rock of Eternity and change the world. At least, that’s what the comics had to say.

While Shazam is the classic “good” hero and Black Adam is his anti-hero counterpart, we can assume that most of this film will be focused on Black Adam’s backstory as well as his motivations as he tackles his greatest enemy in this upcoming film.

In 2019’sShazam!, Doctor Sivana, who in the comics freed Black Adam, is the main antagonist, but Black Adam clearly takes center stage for the 2022 film. According to the DC Comics website, Black Adam is an ancient wielder of magic, both “a hero and a villain” over his thousands-years-long life. He believes that he is the right person to lead humanity and that he is the solution to the greater good of the world, but has allowed his power to corrupt him over the many years of his life.

Of course, the biggest question of all is: Will Zachary Levireturn as Shazam in Black Adam? Well, probably not. He's busy developing a direct sequel to Shazam!, entitledShazam! Fury of the Gods, set for a 2023 release, butShazam! director David F. Sandberg is hopeful that both movies will set the stage for a future epic showdown between the two characters!

Johnson portrays everyone he plays magnificently, so it’ll be amazing to see him as the anti-hero juggling right and wrong and how to use his power. We can’t wait to see more updates on the film and watch it when it’s released next summer!