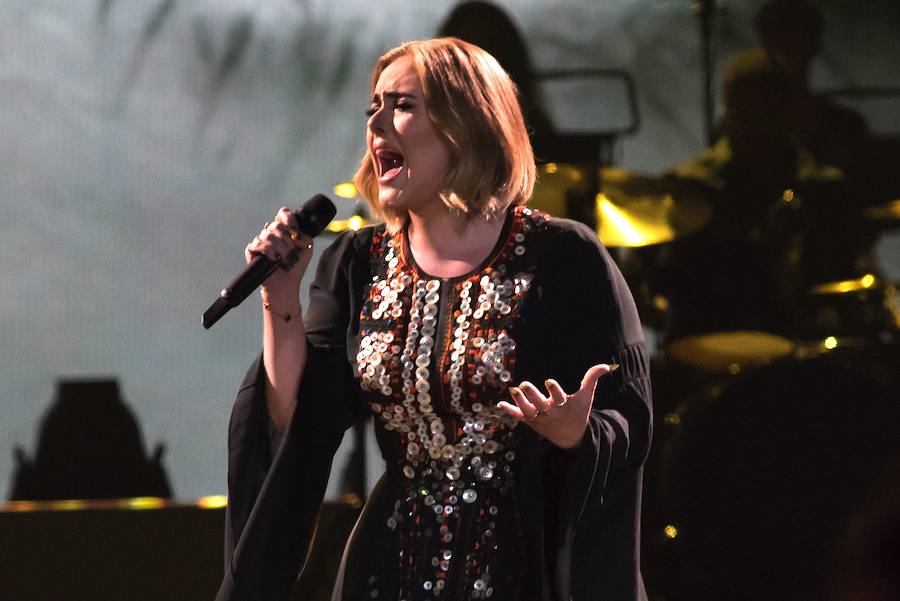 There is no denying that Adele is a powerhouse performer. Her voice has the ability to bring anyone to their knees and then make them weep like a baby. Watching her live in concert is both inspirational and personal – like it’s just you and Adele having a heart-to-heart. Wow, what an experience that would be.

Can you imagine the dismay and heartbreak that would occur when Adele decides to stop touring? Now you really can. This week, at one of her final performances of her 25 World Tour in London, the pop singer broke the news to her audience that this might be the end of her touring career. It’s okay to cry, but we can’t stay down in the dumps forever. Instead we can relish in her most amazing live performance moments and relive them over and over again. Besides, Adele would want us to “Set Fire to the Rain” and enjoy all of the fabulous moments she’s given us.

Say “Hello” to some of our favorite moments of Adele’s touring career!

When she lets fans come on stage to sing her songs

Adele typically doesn’t have an opening act on tour. Instead, she opts for pulling her fans on stage to give her a little breather, while also allowing her to connect with audience members on a one-on-one level. The best part is her face when they wow her with their own talent. Talk about a once-in-a-lifetime experience!

When she actually pays attention to who is in the crowd

Most performers will mention the crowd throughout the night. A typical “you all look beautiful tonight” is pretty standard, but Adele acknowledges the crowd in a much more intimate way. There comes a time in the night when she asks for the house lights to be turned on so she can see the face of every single person in the audience - she asks everyone around her where they’re from, shares her own tidbits with them, really engages with them. She also invites people on to her stage throughout the night just to chat based on the signs they’re holding, the way they’re dancing, singing, etc. She is just as genuine as she is talented – it is quite a sight to behold!

When she forgets the lyrics to her own songs

We all fumble some lyrics while we’re singing every now and then. Adele, music superstar, is no different. In fact, she gets so wrapped up in the moment of singing live and really putting on her best performance that it is almost a regular occurrence for her. You might be thinking “yikes! Messing up the lyrics is not a good aspect of seeing shows live,” but you are very wrong. Adele messing up the lyrics of her own songs is very much the icing on the cake to a wonderful night. She always catches herself, laughs it off, and starts the song over. It really is the beauty of a live performance!

When she gets real with the audience

One of the best parts of catching Adele on tour is her hilarious commentary throughout the show. She is so unapologetically honest that it really makes the entire night worthwhile. She keeps it 100 percent real each and every night – making jokes, giving advice, talking about her life... It’s fabulous!

Obviously the best moments of seeing Adele live is her otherworldly singing abilities. The way she can belt a song is truly amazing. It is rare when seeing an artist perform live that they sound just as good as they do on the recorded version, but Adele sounds better! She expresses heartache and revenge in her music better than anyone in the biz, and she does it with complete ease in front of thousands of people.

Adele closes 123 shows on her 25 World Tour this weekend in London. “All I Ask”, Adele, is that you reconsider this end-to-touring thing. Everyone in this world needs you, your spunk, and your angelic voice in their life!