Will "Star Trek: Discovery" Be Worth The Gamble for CBS? 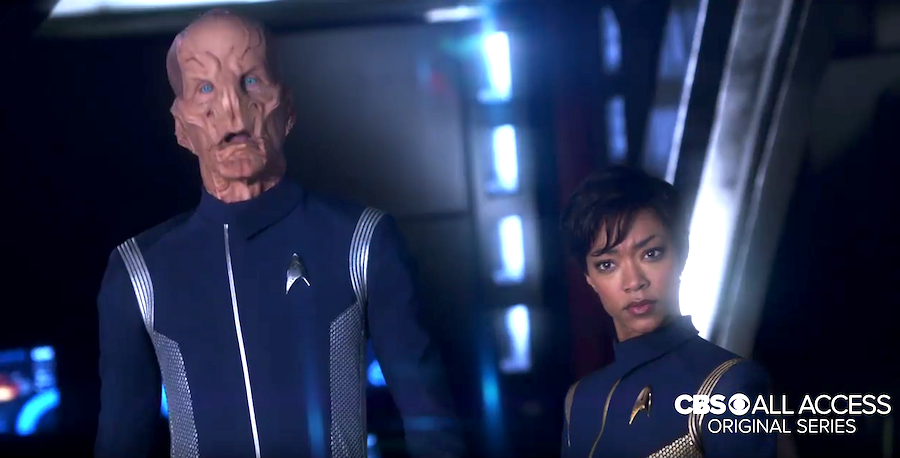 I’ve been waiting for months for CBS's new chapter in the “Star Trek” saga to get going. Being a fan of the original series for how campy and fun it was, I’m hoping that the upcoming “Star Trek: Discovery” will play out in the same way. But what’s really making this October-released show a tough call for me is CBS insisting that it goes on their streaming service, which has nothing else I’m interested in seeing. It’s a catch-22 because I want to see this show but I don’t want to pay for the app. As a proponent of not illegally downloading music, movies, shows, etc., as I work in this industry, it’s hard for me to figure this one out.

Do I still have your attention? Good. Just because I’m having a first-world problem crisis over this doesn’t mean you should be subjected to hearing me vent about it. It’s a conundrum and a total gamble by CBS that could make or break their app as I personally don’t know anybody who subscribes to it. “Star Trek: Discovery” could rake in a lot of people that just want to watch this upcoming show, but there are those like me who already pay enough for streaming services that we can’t afford a new one (I’ve got a gut and a gym membership I need to put to better use, after all). That’s why I want to talk to you about the greatest episode of “Star Trek: The Original Series” ever created, now streaming on Netflix and Hulu.

Nothing like the good ol’ “TOS”. It’s goofy, has moments of deep philosophy, and paved the way for a lot of mainstream science fiction to come. I don’t think there’s a better episode than when the Starship Enterprise encounters a planet run entirely by 1930s Chicago gangsters called “A Piece of the Action” (this is real). At first, for Captain Kirk and the crew, the planet was confusing and, I dare say, foreign to the mostly American crew because “TOS” takes place much further in the future, and the 1930s were even more stale to them than us.

Kirk and his crew basically get mugged on sight and tossed around like a bunch of chumps because they can’t stand up to the gangsters. It all changes when Kirk and Spock decide to play dress-up and act like gangsters. I’m sure you’ve at least heard of William Shatner, who plays Captain Kirk, and his acting choices on this show. Once he becomes a Chicago gangster, Shatner takes on a tour de Shat acting class as he gives one of the funniest performances I’ve ever seen. He’s outrageous, makes his best yet still weakest attempt at an extinct accent, and the lines he’s given to say are some of the perfectly stupid pieces of dialogue ever delivered in, for all intents and purposes, a drama.

Here’s when he starts to go off the rails and the fun really begins:

While I have high hopes for “Star Trek: Discovery”, this CBS All Access part still scares me away. If you liked the new batch of movies and would like to watch “Discovery” but aren’t sure about this app business, then I hope “TOS” tickles your fancy. Of all the “Star Trek” shows out there this one truly sits supremely and I hope you’ll enjoy it. At the very least, it can hold you over until the simply listed release date of October 2017 comes around and “Star Trek: Discovery” finally lands!