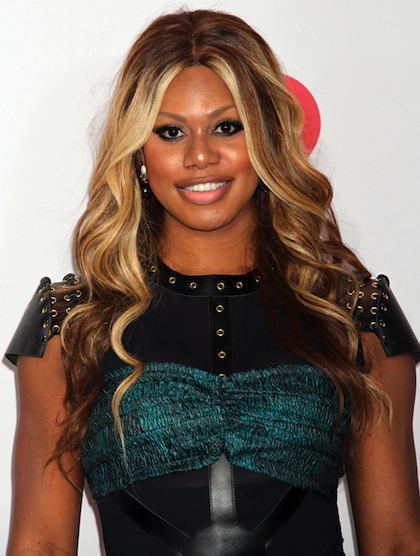 Never a network to shy away from a bit of controversy, ABC Family has ordered a pilot on transgender parents. The series, “My Transparent Life”, will follow Ben, a teenage boy whose parents are getting a divorce after his father decides to transition into a woman. This series is not a fictional drama -- it’s based on Ben’s actual life. The show is currently being marketed as a real-life version of “Transparent”, Amazon Prime’s scripted series about a man (Jeffrey Tambor) who transitions into a woman, much to the dismay of his family. “Transparent” has already been nominated for two Golden Globes, so it’s not much of a surprise that other networks are showing an interest in the lives of other transgendered individuals. And it’s about time that they are -- transgendered men and women unfortunately still face great strife and animosity from society. Hopefully, these shows will help viewers to understand them better as people.

Luckily, there have been quite a few other remarkable films, books, and television shows have been made over the years about the transgender community. If you are interested in “My Transparent Life”, or are already a fan of “Transparent”, then you should definitely check these out too:

Tales of the City (series of novels and a television series): Written by the enigmatic Armistead Mauphin, Tales of the City was the first novel to feature a major character with AIDS (back before anyone spoke of or realized how dangerous AIDS was). Released in 1978, the series circulates around Mary-Ann Singleton, a naive straight woman who moves to San Francisco from Ohio on impulse. Once there, she moves into 28 Barbary Lane, owned by the elusive Anna Madrigal, who is revealed to be a transgender woman. Anna is truly the heart of the series -- she serves as a maternal figure to all of the other characters as she guides them through their everyday lives. It is quite impossible to not like Anna, as she is kind and wise; she certainly fits the mentor archetype. As the series goes on, Anna takes in a new tenant by the name of Jake Greenleaf, a gay transgender man. Through Jake, we see the trials and tribulations of living as a transgender man in modern day San Francisco.

Boys Don’t Cry (film): This rather bleak film is certainly much darker than Tales of the City. It was this particular performance that won Hilary Swank her first Oscar, and it’s not exactly shocking as to why: her performance as Brandon Teena was phenonmenal. The film, based on a true story, follows Brandon (born Teena Brandon) as she tries to live life as a transgender man in a small, conservative town. Sadly, Brandon is viciously murdered for simply being who he was, and his fate was hardly mentioned. Thanks to Boys Don’t Cry, we now know -- and have learned from -- Brandon’s tragic tale.

“Orange is the New Black” (television series): The breakout show of Netflix, Sophia is undeniably the dramedy’s breakout star. Played by real-life transgender actress and activist Laverne Cox, Sophia touches upon the difficulties of being a transgender woman in an American correctional facility. in various episodes, Sophia struggles to obtain the medical treatment that she needs as well as dealing with how other prisoners treat her as a “she-male”. But it is Sophia’s relationship with her ex-wife and son that are the most interesting to watch, as Sophia does what she has to in order to be her true self while keeping her family together.

“TransGeneration” (television series): One of the first docu-series to truly focus on transgendered individuals, “TransGeneration” set the bar for future stories to come. “TransGeneration” aired on Sundance, and focused on four transgender college students as they made their way through their transition, dealing with their families, and the everyday stresses of college. The series went on to serve as the inspiration for many fictional transgendered characters, including those featured on “Glee” and “Degrassi”.

Stone Butch Blues (novel): One of the most well-known pieces in the canon of LGBT literature, Stone Butch Blues has served as one of the first provocative novels to introduce the world to the struggles of being transgender. Written by the late transgender activist Leslie Feinberg, Stone Butch Blues follows Jess Goldberg, a lesbian who fights against adversity as she comes of age prior to the Stonewall Riots in Greenwich Village, NYC. As the novel progresses, Jess realizes that she is more than just a lesbian -- she is actually a transgender man. The difficulties Jess faces are shocking; it’s appalling to think that anyone is treated the way that Jess is. Unfortunately, violence against transgendered individuals is still at an all-time high, but through education and advocating for equal rights, we can end the violence.

Do you have any favorite films, television shows, or books about transgendered people? Let us know which ones in the comments below!