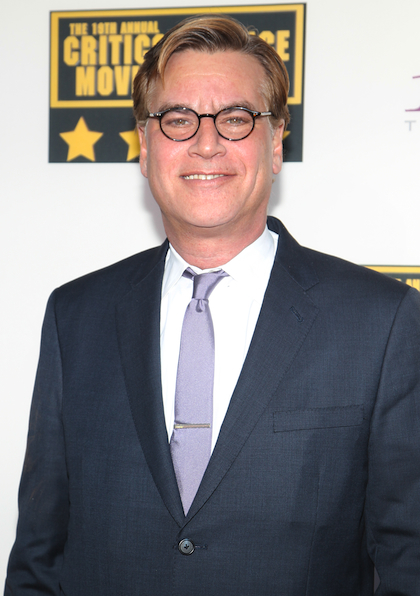 Aaron Sorkin’s smash hit HBO series “The Newsroom” recently premiered it’s third and final season over the weekend and came out swinging with an episode on the Boston Marathon bombings. With the end of “The Newsroom” looming on the horizon, Sorkin has announced that it will be the last time he writes for television. He explained, “I want to be really clear about this. Really clear about this, I’ve loved every minute I’ve spent in television. And I’ve had much more failure, as traditionally measured, than success in television. I’ve done four shows, and only one of them was 'The West Wing'.”

Sorkin may be done with television, but he leaves quite an impressive legacy behind...

Depending on whom you speak to, “Sports Night” is Sorkin’s best show but was sadly cancelled too soon. The show got off to a rocky start when ABC insisted to Sorkin that the show have a laugh track, but Sorkin wanted nothing to do with that. It also doesn’t quite fit too well for the single-camera format. As the first season went on, the laugh track faded until it completely disappeared by the second season premiere.

The show is about a sports news show akin to ESPN’s “SportsCenter” (specifically when Dan Patrick and Keith Olbermann hosted), and follows the lives of the staff as they try to juggle a high-pressure, fast-paced and every-changing job, balancing sports reporting with their personal lives. The show is known for being a precursor to show’s like “The Office” or “Parks and Recreation”, where the humor is drier than a typical sitcom and meant to feel more realistic, and it introduced the world to Sorkin's signature brand of rapid-fire dialogue and the now-famous "walk-and-talk". Check out the pilot episode sometime on Hulu. It’s considered one of the best pilots of all time.

“The West Wing” is probably Sorkin’s most well-known show, a political drama starring Rob Lowe, Martin Sheen and Kristen Chenoweth. “The West Wing” was put together from bits of unused plot elements from the screenplay Sorkin wrote in 1995 for the successful film The American President, which also starred Martin Sheen. Sorkin claimed to have written The American President while high on crack cocaine, but he wasn’t high when he created and wrote for “The West Wing”, just fyi.

“The West Wing” followed the lives of politicians working in the West Wing of the White House. There the politicians do their work and try to help make the right decisions. “The West Wing” was criticized by some for its false portrayal, and then celebrated for being scarily accurate. The show lasted for seven seasons and won fourteen Emmys. People like it, so make your own judgements as to its accuracy by checking it out today. Below is a fun clip of the cast playing basketball:

This one seemed to have a lot of promise but didn’t quite catch on. It starred Matthew Perry as Matt Albie and Bradley Whitford as Danny Tripp, long-time friends who have been out of Studio 60 for sometime but are asked back to come back to work again. Albie has to help Tripp deal with being a drug addict and an alcoholic while trying to produce and run a television show. The show-within-a-show has its own cast of characters, including high-strung actors and other whacked out crewmembers. Television is a weird and nonsensical industry that this show wanted to highlight (and who knows about that better than Aaron Sorkin?). Basically it was like a the dramatic precursor to "30 Rock". You can check out the pilot episode below:

The pilot script for “Studio 60 on the Sunset Strip” was very well-received and started a bidding war between NBC and CBS. CBS won the battle, but NBC won the actual war. That same year, NBC premiered “30 Rock”. There was no bad blood between Tina Fey and Sorkin, though, over her triumph. Just check out the clip below:

His current show on HBO, which is what got this all started today, “The Newsroom” follows Jeff Daniels as Will McAvoy, the anchor and managing editor of the fictional news program “News Night”. The show is sort of like “Sports Night”, as it follows the personal and professional lives of the employees at “News Night”, but it’s much more serious then “Sports Night”. It also tackles actual issues from the news, and to keep things fresh they actually base episodes around old news stories, like the most recent episode on the Boston Marathon bombings. Check out the pilot episode’s opening scene:

Aaron Sorkin’s career has seen ups and downs in television, but with all the great films he writes, he certainly isn’t hurting. If he does retire from television after “The Newsroom”, everything will be fine for this guy. He’s even got his next movie already written about the life of Mac founder Steve Jobs. Casting is underway with Danny Boyle set to direct it. Safe to say he’ll be writing more movies for years to come!