A Brief History of the Nicktoon 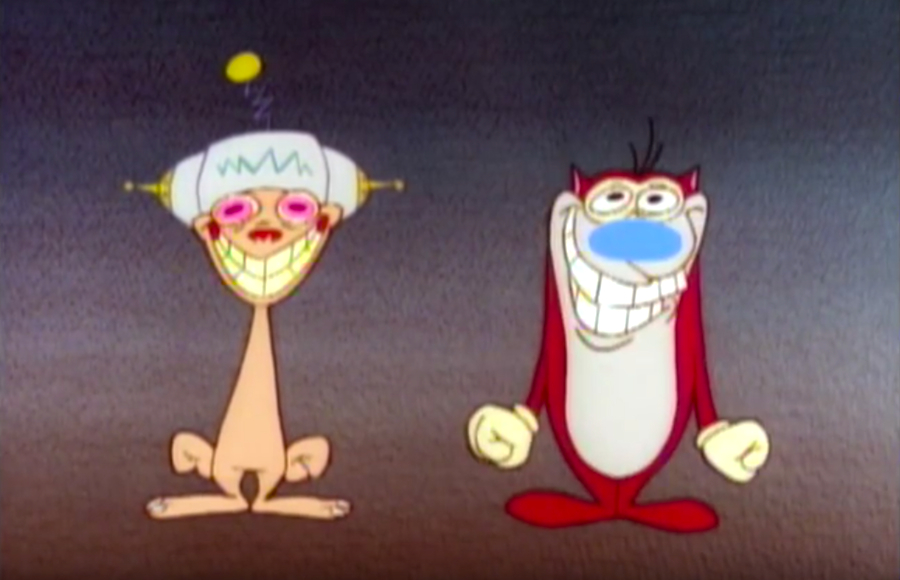 Attention all '90s nostalgists -- the Nicktoon has been officially immortalized. At California State University Fullerton (which is in my own hometown!), the Begovich Gallery will be hosting Happy Happy Joy Joy, a museum exhibit that will celebrate the 25th anniversary of the Nicktoon. The exhibit will include sketches, production art, videos, and even larger installation pieces from some of the classic nicktoons such as “Doug”, “Rugrats”, and “Rocko’s Modern Life.” The exhibit will run from April 16 - May 22.

On August 11, 1991, history was made with the release of the first Nicktoon -- and Nickelodeon’s first attempt at original animated programming. Since that date, Nickelodeon has released numerous Nicktoons (and spin-off movies) and are continuing to create new Nicktoons to this day. The Nicktoon itself went through quite a long and arduous history before the first one was released. Here is just a brief look at the interesting history of the Nicktoon:

1979: Nickelodeon is first launched. The network first included original live programming, including (in later years) the infamous game show “Double Dare”. In the early years, the network struggled a great deal and lost $10 million in 1984. The network then brought in Fred Seibert and Alan Goodman (Fred/Alan Inc). who rebranded the channel with the now well-known slime logo we know today.

1990: Nickelodeon Studios were opened in Florida, where original sitcoms and game shows were filmed.

1991: “Doug” is the first (of three) Nicktoons to be released. Created by Jim Jinkins, the show was largely autobiographical. Jinkins first created the character of Doug in the 1980s and first pitched the character as a children’s book before Doug became “Doug”.

“Rugrats” was the second Nicktoon to be released. Creators Gabor Csupo and Arlene Klasky actually owned an animation studio that was already animating “The Simpsons” when they created “Rugrats”. Much like "Doug", "Rugrats" was largely autobiographical, inspired by the antics of Csupo and Klasky's own children.

“Ren and Stimpy” was the third Nicktoon to debut this year, and easily the most controversial. The show quickly became known for its coarse humor and adult jokes, which led it to become a cult hit. Created by John Kricfalusi, “Ren & Stimpy” helped to inspire other satirical animated shows, such as “Family Guy”. The characters were first created when Kricfalusi was in college.

1993: “Rocko’s Modern Life” became the fourth Nicktoon to be released. The show, created by Joe Murray, has since been hailed for its sophisticated humor and wry social commentary. Tom Kenny, the voice of “Spongebob”. first got his start as a voice actor on “Rocko’s Modern Life”.

1996: Two new Nicktoons premiered: “Hey Arnold!” And “KaBlam!”. “Hey Arnold!” would go on to become one of the most popular Nicktoons of all time, and work is even being completed on a new “Hey Arnold!” movie. Arnold was first created by Craig Bartlett when he was working on “Pee-wee’s Playhouse”.

1997-2004: A number of Nicktoons are released, including “CatDog”, “The Angry Beavers”, “As Told by Ginger", and “The Wild Thornberrys”. The unique “Invader Zim” also debuted during this time period, which, despite its short run, has become a cult classic.

1999: The longest-running Nicktoon (it’s still airing new episodes), “SpongeBob SquarePants”, is released. Marine biologist Stephen Hillenburg first created “SpongeBob” in an unpublished educational comic book. “SpongeBob” has actually faced quite a few controversies over the year, including the nature of his sexuality and the rather adult humor. Despite this, the show has gone on to generate millions and still remains the most popular Nicktoon.

Here are a few of Patrick’s best moments:

2005-today: Nickelodeon is still continuing to create new and different Nicktoons, including “Sanjay and Craig” and “Pig Goat Banana Cricket”. What began with three simple toons has turned into an animated empire with no signs of stopping!