A Brief History of PRIDE Parades! 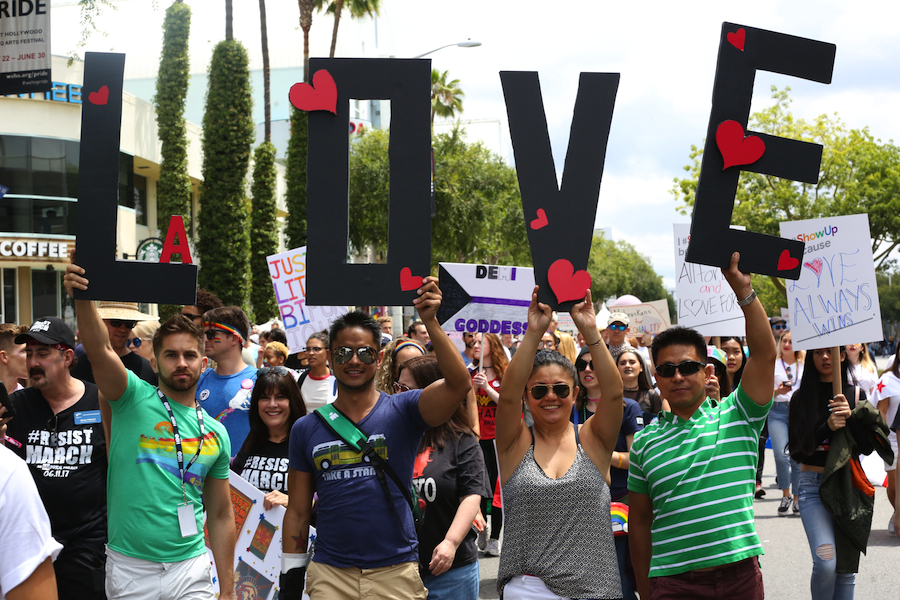 Bright-colored stripes adorned flags and Snapchat filters as people across the country took to the streets this past weekend to celebrate Pride. The annual series of events including parades and festivals take place in cities all across the world to encourage openness toward members of the LGBTQ+ community. This past weekend in particular saw thousands of people flood the streets in cities as far and wide as Washington, D.C. to Los Angeles. But when did these parades start, and what were the first ones like? To start, let’s go back to the summer of ’69 when it all began...

During this period, police raids on known gay bars were frequent, since displaying homosexuality in public was illegal at the time. The Stonewall Inn, located in Greenwich Village in New York City, was one such bar that often fell victim since it was known for being a safe haven for all of the city’s misfits. During these raids, police made the bar patrons strip down in order to verify their gender, and if any men were dressed like women, they were arrested. One night, however, a raid turned violent and riots within the bar broke out. The next night, people began to rally in the streets and more riots arose. These Stonewall Riots are often remembered as the gateway for gay rights activist groups, which is why Pride parades and festivals take place throughout June.

On the one-year anniversary of the Stonewall Riots, the first parade was held in New York City’s Central Park. The route leading up to the park covered 51 blocks, and people were encouraged to attend in whatever style of dress they pleased. This marked a turning point from the typical LGBT awareness events that had transpired before, which were typically held in silence and were low-key in order to not attract attention from law enforcement. This event made more of a statement. While there were no floats and no music blasted through the streets, the community’s presence was still felt.

Around this date, similar events took place across the country in major cities like Chicago and Los Angeles, and others soon followed suit.

As the years ensued, more cities joined the movement and larger crowds of people began feeling brave enough to attend. The marches and parades eventually became known collectively under the title “Pride” due to a gay rights advocacy organization called the Personal Rights in Defense and Education.

Later, President Bill Clinton issued a proclamation that declared June as Gay and Lesbian Pride Month. Though President George W. Bush didn’t continue this tradition, President Barack Obama picked it back up upon his inauguration.

Now, Pride events take place all across the world in many cities, even those where displaying homosexuality is still a crime. And the events are anything but low-key now -- they include dance parties, drag contests, celebrity appearances, and creatively designed floats. While the parades are fun and exciting, there remains a practical purpose to them. Inequality and unfair stereotypes still exist, and the event's definition has expanded to include more people who experience a lack of equality in society. However, as the events get bigger and bigger, negative tropes have begun to dissipate and people have begun to feel more inspired to be themselves.