8 Times "Euphoria" Star Sydney Sweeney Reminded Us She IS The Moment! 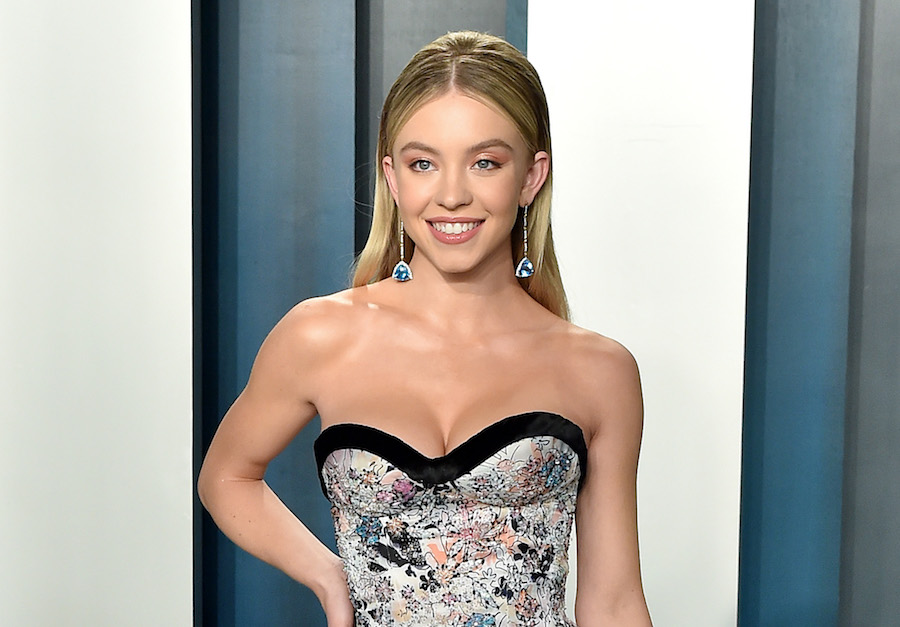 Last week, a troll on Twitter made fun of "Euphoria" 23-year-old star, and overall acting icon, Sydney Sweeney’s appearance. Rude and uncalled for much?? She took to Instagram Live shortly after, reminding us that words hurt, and that she is still a person! And let’s not forget what an absolute beauty she is, inside AND out. Here are some of Sweeney’s best moments, just in case you needed a reminder.

1. When She Did a Photoshoot with Cole Sprouse

The caption reads “ur fav loofah” and we could not agree more. This super fun and colorful Marc Jacobs look is one not many could pull off, but Sweeney never fears bold fashion choices. Paired with the hot pink tights and elegant white heels? We’ve truly got a moment on our hands (and some casual stretching perhaps?).

2. When She Definitely Looked Better Than I do Cleaning

I can attest that I have never once looked this good while cleaning my kitchen. Or dressing up for a photoshoot in my kitchen with rubber gloves on, for that matter. Sweeney’s still shots modeling is just as captivating as her acting performances!

3. When She Threw Her Pup a Party

Sweeney shared this super sweet pic of her and her dog Tank. Judging by her Instagram, they really do seem like besties. And who doesn’t love showering their pups with love (especially on their birthdays?) – we’d show Tank all the love too.

4. When She Gave Us Her Signature Effortless Face

Sweeney does full-glam and red carpet vibes with ease, but she also serves us very effortless, natural-looking make-up often. Here, she’s posing for ASOS’s Fall 2019 issue, chilling in a lavender field, wearing big sweaters, being surrounded by nature… and we love natural-looking Sweeney just as much as her glammed-up looks.

5. When She and Her ‘Euphoria’ Co-Star Took a Detour

Sweeney and her on-screen "Euphoria" sister Maude Apatow, who plays Lexi Howard, took a break from filming to hang out in a nearby mall – and embrace their inner kid. Sweeney is only 23 (21 when this picture was taken) and it’s nice to see how real she still is in the face of her success. Keep being you!

6. When She Starred in Netflix’s "Everything Sucks"

One of Sweeney’s first projects was as Emaline on Netflix’s "Everything Sucks", a show set in the 1990s, hence the major Clueless vibes from this outfit. Is there anything she can’t look fabulous in? We think not.

7. When She Took This Iconic Polaroid with Pete Davidson

Sweeney and Pete Davidson worked together on Big Time Adolescence, and she shared this super cute Polaroid of them just chilling, being friends (or whatever people do with their celebrity co-stars). Oh, to be friends with these two and take casual Polaroids…

8. When She was in Variety’s Youth Impact Report

Sweeney was one of the talents highlighted in Variety's Youth Impact Report, shining a spotlight on young people making their mark in the world of showbiz. Whether it was in 2019 when this report was released or now two years later, we know this prediction to be true: Sweeney is a talented powerhouse, and she’s not going anywhere.

Sydney Sweeney has already done so many great projects in the few years she’s been acting and never fails to impress us. She is truly a lovely person inside and out, and it’s never okay to bring someone down because of the way they look, so we’re glad she talked about it so openly. Keep being honest and genuine!