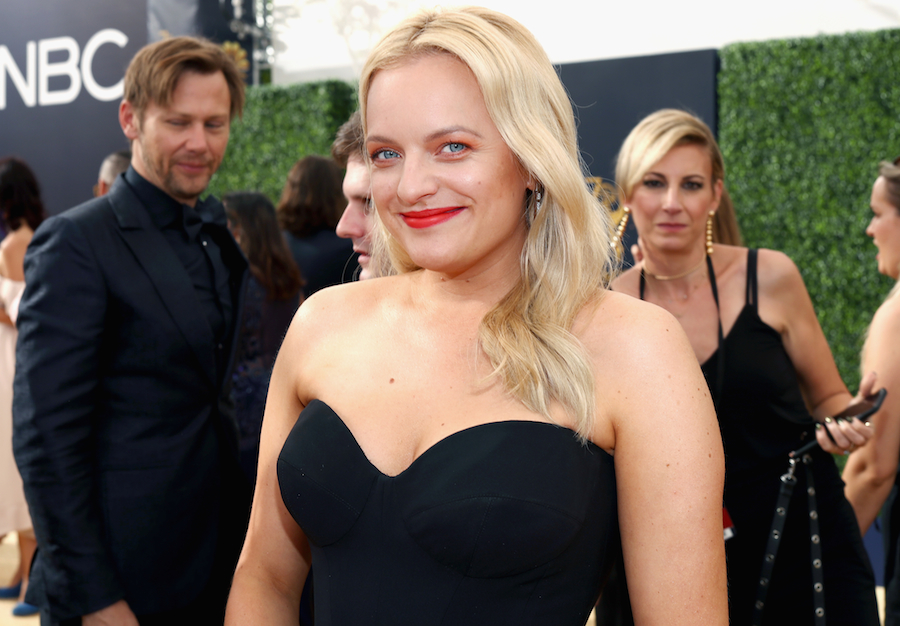 Child stars certainly don’t have it easy around these parts. There is a long history some once successful kids going a bit off the rails from the effects of fame. But lucky for us, a few made the transition into adulthood unscathed and came out the other side better than ever. Whether it was just a cameo, or a full-fledged leading role, here are some of our favorite stars that got their start young!

Although we know her best as June, the amazing and heartbreaking lead of Hulu’s “The Handmaid’s Tale”, and Peggy, the ambitious copywriter of AMC's "Mad Men", Elisabeth Moss first showed up on screen in the miniseries "Lucky/Chances" and the TV movie "Bad Girls" in 1990 when she was only 8 years old! From there, her star status only got bigger, landing a recurring role on "The West Wing" and appearing alongside Angelina Jolie and Winona Ryder in Girl, Interrupted. But Moss really became a household name in the breakout role of Peggy Olsen when "Mad Men" premiered in 2007. From a President’s daughter to a defiant Handmaid, Elizabeth Moss has had one hell of an Emmy-winning career.

You probably haven’t heard of our next actor – he’s a small up-and-comer by the name of Ryan Reynolds, but trust me on this, he’s gunna be big! Long before Reynolds was playing R-rated superhero Deadpool or married to the most glamorous woman in the world (Blake Lively, I really shouldn’t have to tell you that), he was just another teenager growing up in Vancouver, Canada. You might be surprised to learn that Ryan got his start in the business at just 15 when he appeared on a Canadian teen soap opera (those exist???) called "Hillside" (or "Fifteen", as you in the states might know it). Soon he was landing roles in "The X-Files" and "Sabrina The Teenage Witch" and eventually became one of Hollywood’s biggest heartthrobs. Please do yourself a favor and check out his humble beginnings below.

You probably know Scarlett from her amazing performances in Lost in Translation and The Prestige, or you might recognize her from a few small Marvel movies she’s done calledThe Avengers, but she hasn’t always been the polished actress we know today. Before all of that, she was just a kid trying to catch a break. Her very first role was in 1994’s North with Elijah Woodwhen she was just 9 years old! Scarlett went from there to a few more minor roles and soon enough started gaining traction in Hollywood which earned her a breakthrough in 2001’s Ghost World. Now she’s a bonafide superstar, but just look where she started out!

Jake Gyllenhaal has a pretty solid resume to hang his hat on, spanning all sorts of characters and genres. Some of his most iconic roles include Donnie Darko, Nightcrawler, and Zodiac, but what really shot him into superstar status was his Academy Award nomination for his ground-breaking role in Brokeback Mountain. What you probably don’t know, though, is that the actor got a bit of a head start on his award-winning career. He has some deep ties in the industry (his father is director Stephen Gyllenhaal and his sister is indie darling Maggie Gyllenhaal), and Jake was only 11 when he played a little boy named Danny Robbins in 1991’s City Slickers opposite Billy Crystal. His father kept him on screen in multiple movies over the years, but it wasn’t until Donnie Darko that he really gained a name for himself. Since then, he’s become one of the most sought-after actors in the industry, I mean – just look how cute he is!!

Before Ben was the Oscar-winning writer/director/actor that he is now, he was teaching math and science to 6th graders in the educational program "The Voyage of the Mimi". At 12 years old, this was Affleck's official television debut, although he’d had his film debut a couple of years earlier in an independent movie called Dark Side of the Street, which came out in 1981 when little Ben was just 9! He’s certainly had to come a long way to transform into the Batman that he is today -- see for yourself!

Many assume that Ryan Gosling just suddenly showed up from the tundras of Canada and became a star overnight, but that's far from the case. In fact, Gosling got his start with a few other famous names you might recognize. We often think about Justin Timberlake or Britney Spears when we remember "The Mickey Mouse Club", but Gosling appeared on the show alongside them when he was only 13 years old. I present, for your viewing pleasure, baby Ryan Gosling dancing:

Much like the other stars in this list, many just assume Jason Bateman emerged from the ether a fully-formed Hollywood actor extraordinaire, appearing in comedies like "Arrested Development" and Horrible Bosses, as well as more serious fare like Netflix's "Ozark". But back in the '80s, Jason worked steadily appearing in roles on TV shows like "Little House On The Prairie" and "Silver Spoons". He also starred in Teen Wolf Too, replacing Michael J. Fox in this sequel to the classic teen comedy. In fact, at the time, it was Jason's sister Justine Bateman who was the star in the family, thanks to her role on the iconic sitcom "Family Ties". Nowadays, the roles seem to have reversed, with Jason being the more recognizable name. That's Hollywood for you I guess!

Kristen Stewart is known by tweens everywhere as Bella Swan in the Twilight series. However, her first major film role came when she herself was a tween herself, when she was cast opposite Jodie Foster in the thriller Panic Room (2002) at just 12 years old.Panic Room is actually an amazing movie so I would recommend it, unlike a few of flicks our favorite stars got their start in. Stewart has been unstoppable since then, with nearly 40 acting credits to her name before she even turns 30!