7 Reasons Why You Should Be Watching Netflix's "Russian Doll"! 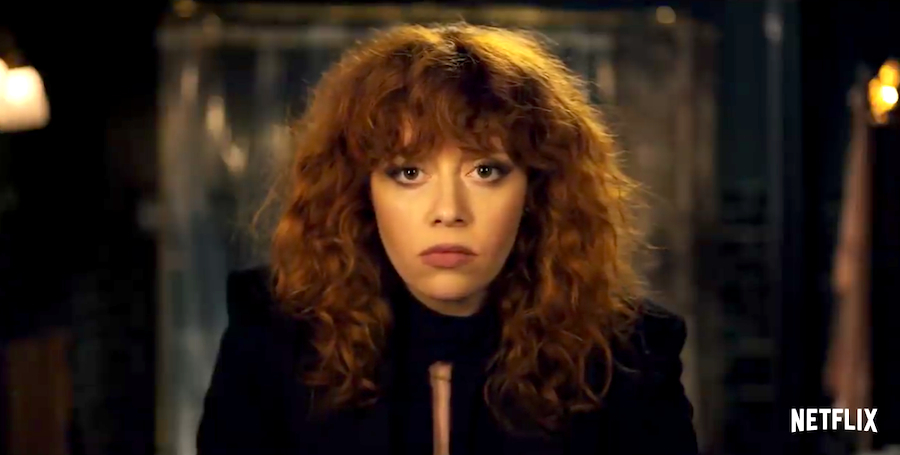 Read on for my convincing reasons to watch this show immediately!

1. To figure out what the heck is going on

Seriously, if you start, you will be compelled to finish. The desire to figure out what is happening has never burned so brightly in my heart. Why does Nadia keep dying, or why can’t she die, are the main questions at hand. This show will grab you, pull you close, and keep you until the very last moment. It will make you laugh, make you roar with confusion, and possibly give you an existential crisis. But, like, in a fun way? There are clues sprinkled throughout, and by the end, there are even (some) answers.

Everything about her—her wild hair, her scratchy voice, her New York accent... She kills it in this show, and makes for an amazing character. Nadia is magnetic, just absolutely likable, and charming. Flaws and all, Natasha Lyonne has crafted one of the most enjoyable characters to watch in a long time. I kind of wished I talked like her. Okay, I kind of wish I was her.

It’s pretty cool that this show was written, created, directed, and produced by women. Amy Poehler, Natashia Lyonne, and Leslye Headland are the smart and funny creators of this show. Leave it to this team to create a witty, realistic show out of a dark and unbelievable premise. They also helped direct some of the episodes, along with Jamie Babbit, so that every episode is directed by a woman. The character of Nadia is a shining example of women creating someone well-rounded, complex, and perfectly believable.

It’s hard to pick a song that won’t be supremely annoying after hearing it for the 15th time. Harry Nilsson’s “Gotta Get Up” does just this. It’s catchy, while somehow being kind of eerie. Amazingly, it won’t get stuck in your head, even though you will hear it many, many times. To me, that’s a blessing. Oh, and the rest of the soundtrack is pretty great too.

There are plenty of twists and turns to keep you on the edge of your seat. Things really take off in the third episode when—[twist alert!]—Nadia meets a man going through the same thing she is. They then work together to try and figure out what connects them, and why they’re both caught in an endless loop. The twists in "Russian Doll" can be subtle, something the characters don't see, or shocking, something we viewers don't see coming. Little Easter eggs and big reveals alike will keep you coming back for more.

What does it mean to die? How do we measure existence? How do you know you’re real? Are you a side character in someone else’s endless 36th birthday? "Russian Doll" poses these questions and more. Blending metaphors, like a video game with no way to beat it, a cat that disappears, and a (surprise) Russian doll, this show suggests many answers without doing all the work. Some questions are up to you to answer for yourself. Why watch something that won’t make you contemplate your own mortality? What will you do with your days left on earth?

It’s possible that there could be 3 seasons of this show! It was pitched as a 3-season show, anyway. So far, no new seasons have been confirmed. But as "Russian Doll" continues to receive such positive attention, I wouldn't be surprised if we hear news of a second season soon. By the end of the first season, things have wrapped up in many ways for the characters we’ve come to love. Adding more to the story could be a risk, but it could have a worthwhile payoff. If this show has taught us anything, it’s that some risks are worth taking. For now, go watch Season 1—it will be the best thing you do all day, and then all day again, and then all day again, and then…uh oh.