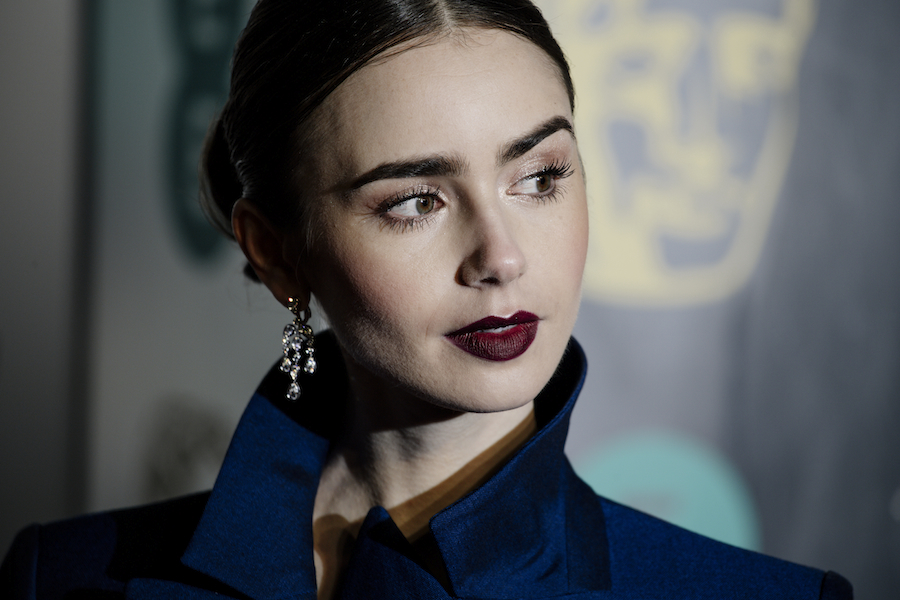 The buzz around the much-anticipated film,Extremely Wicked, Shockingly Evil and Vile, is due in no small part to a dashing young lady we all know and love, Lily Collins.

Lily has been acting since the age of 2 but has also explored other artistic channels, including writing (authoring articles forSeventeen Magazine, Teen Vogue, and L.A. Times, as well as her autobiography Unfiltered: No Shame, No Regrets, Just Me) and modeling on top of her acting chops. She’s a triple-threat, to say the least. And it's little wonder, considering she is the daughter of Grammy Award-winning musician Phil Collins.

Her first breakout role was as Collins Tuohy in 2009's The Blind Side, alongside Sandra Bullock, Quinton Aaron, and Tim McGraw. From there, her acting career skyrocketed, landing plum roles from co-starring with Taylor Lautner in Abduction and starring as Snow White in Mirror, Mirror, to starring in the well-known series The Mortal Instruments. Since then, her resume has fell nothing short of impressive and busy.

Besides her film resume, Lily uses her voice for activism against bullying as a Celebrity Ambassador toBystander Revolution. She also speaks out in her book about her struggles with an eating disorder and the insecurities she had growing up. She received high praise for starring in the film To the Bone, about a young girl suffering from anorexia. Lily was able to use her own story to tell the powerful story that the film projects and received much acclaim for it. She also proved herself a formidible action star when she appeared in Pride and Predjudice and Zombies.

Flash-forward to present day, and Lily has gotten even busier. She is currently starring in "Les Misérables", a BBC mini-series alongside Dominic West and David Oyelowo. And of course, we can’t wait to see her star asElizabeth Kloepfer (Ted Bundy’s long-term girlfriend) during the years where Ted Bundy hid his crimes from her. It will be enticing for viewers as the story of Elizabeth is a mystery to most. Lily mentioned in an interview that she got to speak with Kloepfer personally. She has this drive as an actress to tell a story in the realest way possible.

It’s no secret that hard work pays off. Lily is one of the most genuine actors in Hollywood, fighting to tell real and powerful stories while sharing her passion of life. There’s a long list of films she stars in that you must see and a ton of exciting projects you’ll want to keep an eye out for this year. We love you, Lily! Keep up the phenomenal work!