6 Movies From The Toronto Film Festival That We Can't Wait To See! 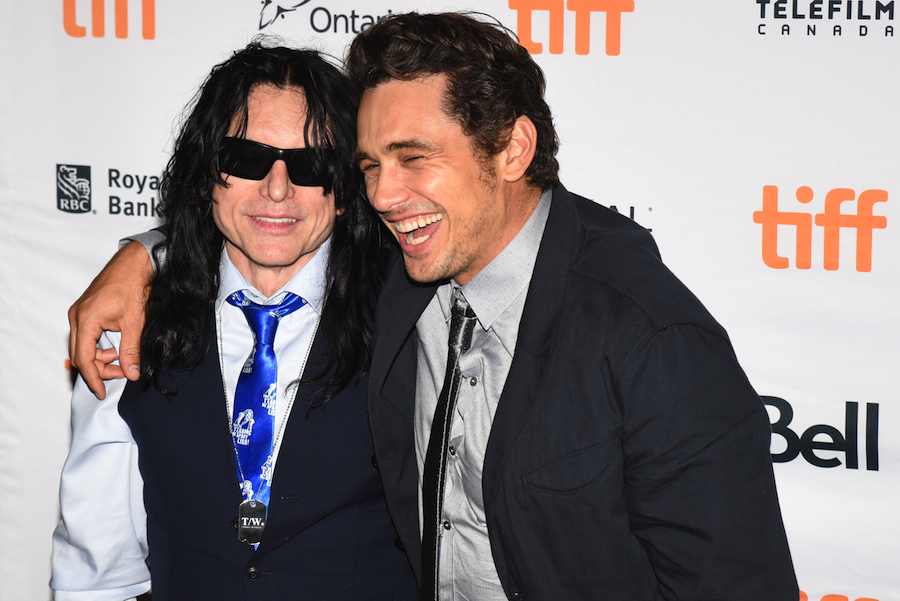 A number of film festivals take place around the world, but only the most prestigious and competitive launch the biggest films. One of the most well-known is the Toronto Film Festival, which every year introduces audiences to various documentaries, comedies, and dramas, many of which go on to either be hits at the theater or favorites at award shows. The Toronto Film Festival is currently underway, and this year proves to be no different. Here are what appears to be the must see films of the Toronto Film Festival:

The follow-up to Sean Baker’s Tangerine, which was shot entirely on iPhones, looks just as bleak and moving as the dramedy about transgender prostitutes. Starring Willem Defoe and a cast of mostly unknowns, The Florida Project takes place in Orlando in a low-rent motel next to Disney World. While it seems like living next to the Magic Kingdom would be, for lack of a better term, magical, The Florida Project quickly proves that it’s actually quite bleak. A group of children and adults attempt to make a living at the motel, only to have their lives slowly fall apart. While The Florida Project could turn too harsh, Baker manages to keep it surprisingly uplifting, just as he did with Tangerine.

Little Monsters, it’s time to rejoice! Gaga: Five Foot Two is the ultimate Lady Gaga documentary. You’ll follow her as she deals with the fallout from her Artpop album and works on her Joanne album. You’ll learn what Gaga is like when she’s not on stage (as well as what she’s like when she is). Be prepared for some great outfits and heartfelt moments!

The Shape of Water

Guillermo del Toro is back with his own take on Beauty and the Beast. Set in a U.S. government lab during the 1960s, del Toro’s Belle is a lowly custodian (Sally Hawkins) who encounters a fish-man (Doug Jones) living in the lab. She’s determined to find out more about “the beast”, who may or may not be a government project. There’s even a Gaston (although he’s not in love with our custodian), who is a government agent (Michael Shannon) that wants to take down our fish-man. The film sounds bizarre (would we expect anything less from del Toro?) but also strangely endearing.

This harrowing drama takes crime-solving to new levels. Starring Frances McDormand and Woody Harrelson, Three Billboards Outside Ebbing, Missouri focuses on a mother (McDormand) who, after getting fed up that her missing daughter has still not been found, puts up three billboards accusing local law enforcement of not doing their job. Naturally, the local police force are not pleased with this, and it turns into a battle of the wits between the mother and the police chief (Woody Harrelson). The film has been praised for its complex performances and brutal insults.

It’s time to go play football in a suit and celebrate the making of one of the worst films of all time. Directed by James Franco, The Disaster Artist tells the tale of the making of the ultimate so-bad-that-it’s-good film, The Room. Based on the book of the same title by Greg Sestero, The Disaster Artist stars Franco as the bonkers director behind The Room,Tommy Wiseau, and his brother, Dave Franco, stars as Sestero himself, the poor actor roped into the disaster. The supporting cast includes Josh Hutcherson, Alison Brie, and Seth Rogen.

Margot Robbie was only 4 years old when Olympic figure skater Nancy Kerrigan was attacked by someone hired by rival skater Tonya Harding's ex-husband in order to give Harding an edge at the upcoming Winter Olympics. Although to this day Harding insists she had nothing to do with it, her life was changed forever and she was banned from the sport. Now, director Craig Gillespie (Lars and the Real Girl, Fright Night) brings her story to life on the big screen with Robbie in the title role and Sebastian Stan as Harding's husband. Fun Fact: Robbie didn't initially believe the script was based on a true story because the characters were so over-the-top!

Which movies from the Toronto Film Festival are you looking forward to seeing?