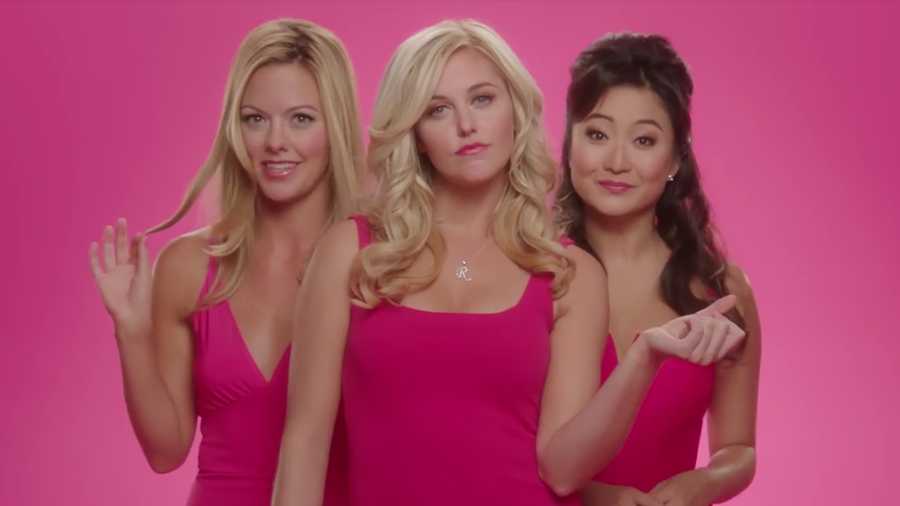 The hit movie “Mean Girls” is making its way to the Broadway stage and we are more excited for it than Pink Wednesdays! This now-classic about the brutal nature of teenage girls in high school is finally being portrayed as a musical, but not everything is going to be the same. For starters, this musical is going to be set in "present day". Considering the movie came out in 2004, what does that mean exactly?

Well, the actors onstage will have iPhones and different forms of social media such as Snapchat and Instagram will be incorporated into the storyline. We're guessing that means that the infamous "Burn Book" won't be an actual book and will instead be something that lives primarily online.

The Plastics were also recently introduced as former Broadway Veterans. Taylor Louderman, Ashley Park, and Kate Rockwell will take on the roles of campus queen bees Regina, Gretchen, and Karen. Check out the video below to get a snippet of the Plastics on the Broadway stage:

Tina Fey, who wrote the screenplay for the movie, also wrote the book for the musical based upon the movie. The musical’s main producer is Lorne Michaels, who definitely knows a thing or two about live entertainment as the creator and executive producer of “Saturday Night Live”, and the show will be directed by Casey Nicholaw, who won a Tony Award for his work directing The Book of Mormon. With such notable talent attached to this project, it sure sounds like it is going to be a great show to watch!

Everyone can look out for the musical to open on Broadway on April 8, 2018, at the August Wilson Theatre, but if you can't wait until then, the show will officially debut at the National Theatre in Washington D.C. on October 31, 2017!

(Image via Mean Girls on Broadway/YouTube)