6 Female-Driven Projects to Get Excited About This Year! 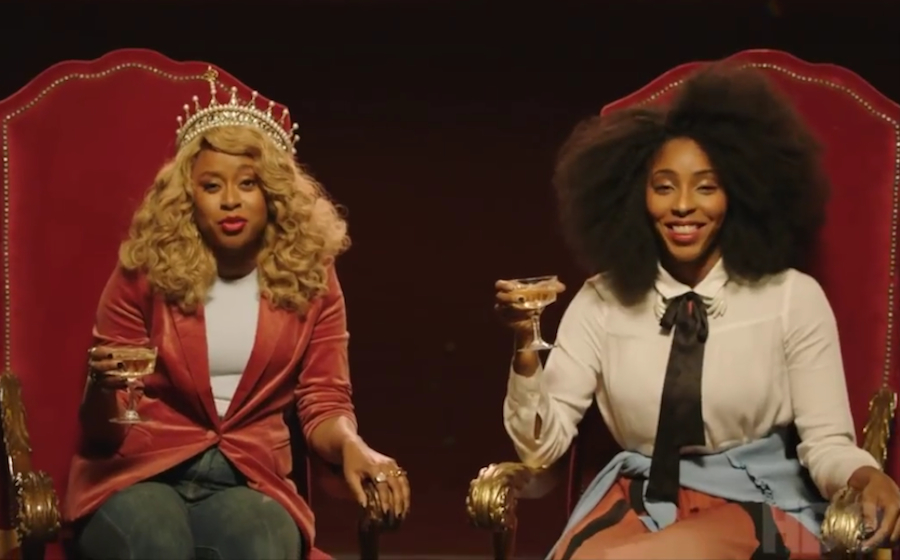 It’s clear that 2017 began the movement for women to take back their power and be the creators of some seriously amazing material. From film and television to music and fashion, here is a look into some exciting projects coming in 2018, led by women in the entertainment industry!

Not only is this film lead by an all-star female cast, but it is co-written by newcomer Olivia Milch, who has helped create what is sure to be a funny, action-packed, proper heist movie. The story follows Debbie Ocean (Sandra Bullock) and seven other female thieves as they try to steal a $150 million necklace from the Met Gala. With badass women like Bullock, Cate Blanchett, Rihanna, Helena Bonham Carter, Awkwafina, and Mindy Kaling rounding out the cast, I fully expect this spinoff to be better than the original Ocean’s films, don’t @ me.

To delve into the fashion world, Nike announced a 10-pair sneaker collection that was completely designed by 14 female designers working on Nike’s color and materials team or sneaker design team. They were tasked with reimagining the universally-loved Air Force 1 and Air Jordan 1 with a team that had never worked together, in just a few weeks. With a short design brief that stated “Make Cool Shit”, they created a dope collection that pushes boundaries and gave women the power to create a collection reflecting modern style. The collection is available on Nike SNKRS starting today (February 9)!

One of the many live-action adaptations Disney is rolling out is Mulan, and let me tell you I am here for it. Disney bought the script from writing team Elizabeth Martin and Lauren Hynek, and has chosen Yifei Liu as the female warrior. The film itself not only has a narrative around the title female character but pushes Disney to take step towards a more inclusive cast, with protests being signed in order to avoid whitewashing of characters. The film should be released by the end of 2018!

Stemming from a 2-year, WNYC-sponsored podcast, “2 Dope Queens” is getting the television treatment for a 4-part run on HBO. Jessica Williams and Phoebe Robinson will follow their podcast with stand-up spots and interviews with the likes of Jon Stewart and Sarah Jessica Parker making appearances, and it is sure to bring the energy and sass! The series began on February 2, and every episode will be directed by Tig Notaro, who is most notable known for her deadpan comedy and her work with comedians like Sarah Silverman, Amy Shumer, and Conan O’Brien.

5. A Wrinkle In Time

If you aren’t already excited about this release, you just don’t get it. Based on Madeleine L’Engle’s fantasy novel (extra points to those of us who devoured this book as kids!), director extraordinaire Ava DuVernay is bringing this adaptation to life. Introducing newcomer Storm Reid as the heroine Meg Murry, this film not only embraces a female-driven cast, but a diverse one at that. Reese Witherspoon, Mindy Kaling (this woman is everywhere, yass!), and Oprah Winfrey join the film as Mrs Whatsit, Mrs Who, and Mrs Which, respectively, to aid Meg in finding her father. Theatres will for sure be packed on April 6 for its release!

Though some could argue these women can’t be put in the same category, we are nonetheless excited about these three rap albums believed to be released in 2018. Remy Ma has confirmed that her next album, Seven Winters and Six Summers, will have a May release date, but the other two powerhouses have remained hush-hush on when exactly their work will be dropping. Fans expected Cardi B’s debut album to drop in October of 2017, but she has stated, “Every single time I think I got all the 10 songs, I’m like, I’m buggin. These ain’t it. It’s just like, damn, I’m competing with myself.” So 2018 is her year, right? Nicki Minaj has also not set a release date on her album but has high hopes for what she’s bringing. In an interview with Dazed, she added that this album would bring about an era “a billion times more epic than anything ‘Anaconda’ could have delivered... I think this era will definitely be the most memorable and impactful of my career yet.” Hopefully 2018 will see them unleash chart-topping albums because I am readdyy!