6 Celebrity YouTube Channels You Should Definitely Be Subscribed To! 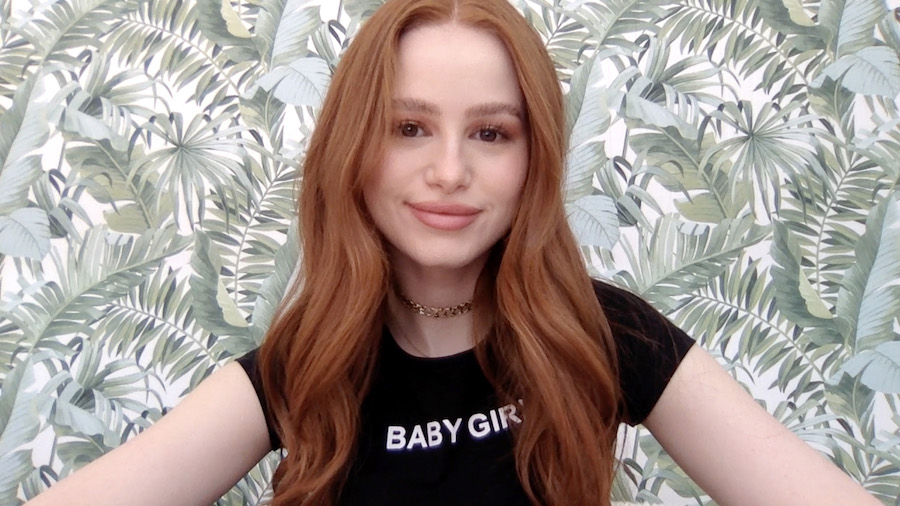 Ever wondered how celebrities live their lives behind the scenes? How they workout, do their make-up, where they go for dinner, and what their life is like on set? With social media allowing for stars to show off a little more of their personal lives, the obvious next step to sharing with fans is one of our favorite platforms: YouTube!

Celeb YouTube channels are becoming more prominent as they look for avenues to connect with their fans and communities and to increase their audience, and we want to share some of our favorites with you! These celebs give us various looks at their personal lives along with crazy challenges and collaborations with other stars and YouTubers! Check out their channels below:

This "Riverdale" star releases new videos every Wednesday, and posts typical videos like her workouts, morning routines, and day-in-the-life vlogs as well as content like Q&As, crafts, and baking! You may even see a "Riverdale co-star or two pop in, as she’s brought on Camila Mendes and Vanessa Morgan to join the fun. If you’re looking to see on-set vlogs or unfiltered celebrity fun, check out Madelaine’s channel!

Ten months ago, at the height of the pandemic lockdown, Marvel star and Oscar winner Brie Larson started her channel, and it’s been growing ever since! She regularly uploads collabs, workouts, and audition tips and stories, and Brie’s channel is fun, fresh, and informative, with videos like “39 Ways to Calm Down” and “Taking Online Quizzes About Myself”. She isn’t afraid to discuss her career, like her video where she learns a dance to “Black Sheep” from her movie Scott Pilgrim vs. The World and her Captain Marvel Q&A.

Hailey Bieber is a recent addition to the YouTube scene, starting just a couple months ago, but she’s already amassed an audience of over a million subscribers! The design of her channel is sleek and simplistic, and she’s invited high-profile guests like Kendall Jenner to have fun and carefree conversations in her “Who’s In My Bathroom?” series. She’s opened up about her struggles with mental health and "cancel culture", and she’s shared fashion secrets with the help of her stylist, Maeve Reilly. For an honest and curated look at a celebrity who’s been in the spotlight since her youth, check out Hailey’s channel!

This "Dance Moms" star has superseded her reality TV fame with movie roles and major music videos for Sia, so to get a peek into how she does it all is something that her fans love! She uses her channel to showcase her partnership and collections with Fabletics, show off her make-up skills, and share behind-the-scenes moments from big events like her Australia and New Zealand tour. She also gets sister Mackenzie in on the fun in several videos, where they sit down and talk while doing make-up!

You may not have heard, but Will Smith has been active on YouTube for 3 years! This megastar has over 9 million followers and is definitely giving his fans the content they want, like a reunion with his "The Fresh Prince of Bel-Air" co-stars and videos of him traveling the world. Plus, the Smith family makes several appearances, and Will collabs with stars like Tom Holland and Jason Derulo. There’s never a dull moment on his channel, from the time he vlogged his colonoscopy to his important and informative conversation about what it’s like to be Black in America today.

The stars of "Stranger Things" are the epitome of Gen-Z excellence, so it’s only natural that one of them has a successful YouTube career, too! Noah jumped into the deep end with collabs with big creators like the Dolan Twins, Lilly Singh, and Charli D’Amelio, and he even learned to play tennis with Venus Williams! He also frequently posts Q&As and fan questions, and co-star and close friend Millie Bobby Brown makes an appearance too! For a seamless blend of classic YouTuber and Hollywood star, check out Noah’s channel!