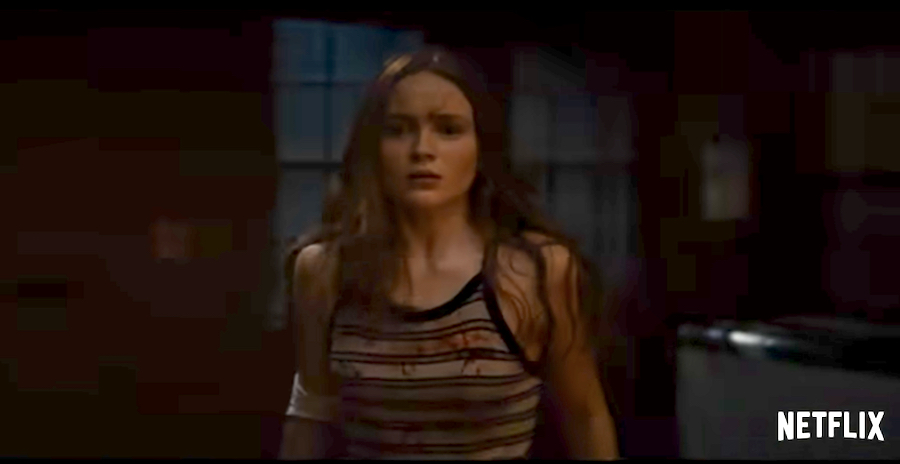 If you are like me, and every time you read a fantastic novel you NEED to see the characters and the story come to life on screen, here is a list of 5 upcoming Book-to-Screen adaptations that are coming sooner than you might expect!

1. They Wish They Were Us by Jessica Goodman

Jessica Goodman’s debut YA novel They Wish They Were Us is currently in development to be adapted to an HBO Max mini-series called "The Players Table". Goodman actually came up with the concept of the novel in her YA fiction writing class in college! Set at an elite prep school on Long Island, the story follows high school senior Jill Newman dealing with the murder of her best friend Shaila after three years and unraveling some dark truths about the not-so-secret society—The Players—that she is a part of. The intriguing characters, the thrilling secret society plot, and, of course, the murder mystery set in a wealthy New York town immediately made me want to watch this story come to life on screen.

"The Players Table" will be written & directed by Annabelle Attanasio (Mickey and the Bear) and will star "Euphoria"’s Sydney Sweeney as Jill Newman and singer/songwriter Halsey as Rachel Calloway. As someone who has read the novel, I can say the casting deserves a chef’s kiss.

2. Conversations with Friends by Sally Rooney

Written by Sally Rooney, the author of the highly acclaimed novel Normal People, Conversations with Friends is currently in the works to be adapted to a 12-episode mini-series on Hulu. In the upcoming adaptation, two college students, Frances and Bobbi, develop a romantic relationship with the sophisticated married couple, Melissa and Nick. Set in 2008 Dublin, this coming-of-age story will dive into the complications of relationships in modern times, and it is one of the most anticipated book-to-screen adaptations of 2022!

Hulu’s "Conversations with Friends" is set to be directed by Lenny Abrahamson and written by Alice Birch, who were also the creatives behind "Normal People" on Hulu. The cast includes Taylor Swift's bf Joe Alwyn as Nick, Jemima Kirke ("Girls") as Melissa, Sasha Lane ("Utopia") as Bobbi, and newbie Alison Oliver as Frances.

The best-selling horror/mystery book series Fear Street by the iconic horror novelist R.L. Stine is being adapted by Netflix into a movie trilogy with three parts: Part 1: 1994, Part 2: 1978, and Part 3: 1666. Set in 1994, Part 1 of the trilogy follows a group of teens who discover that the mysterious murders that took place in their small town over the years may all be interconnected. Netflix will release Part 1: 1994 this summer on July 2, Part 2: 1978 on July 9, and Part 3: 1666 on July 16. Buckle up and get ready for a three-week horror marathon!

The YA novel by Philip Beard was published in 2004, and now, in 2021, it is in post-production to become a coming-of-age dramedy! Dear Zoe tells the story of teenager Tess DeNunzio dealing with the death of her younger sister Zoe, who died after a hit-and-run accident, with the help of her biological father and the boy next door with a delinquent charm.

Directed by Gren Wells (The Road Within), Dear Zoe will also star "Stranger Things"’s Sadie Sink as Tess as well as Theo Rossi ("Sons of Anarchy") as Tess’s father, Nick DeNunzio. Sadie seems to be a recurring casting choice as the teen lead in new book-to-movie adaptations and we are here for it!

5. The Last Letter From Your Lover by Jojo Mayes

The Last Letter From Your Lover is a romance novel by Jojo Mayes, the best-selling author of Me Before You, and its movie adaptation will be released on Netflix this July. The story follows two interwoven stories in the past and present after a journalist finds love letters written by two forbidden lovers in 1965 and becomes determined to find and unite the lovers.

Which book-to-screen adaptations are you most excited to see?!