5 Things We Love About "Ginny & Georgia"! 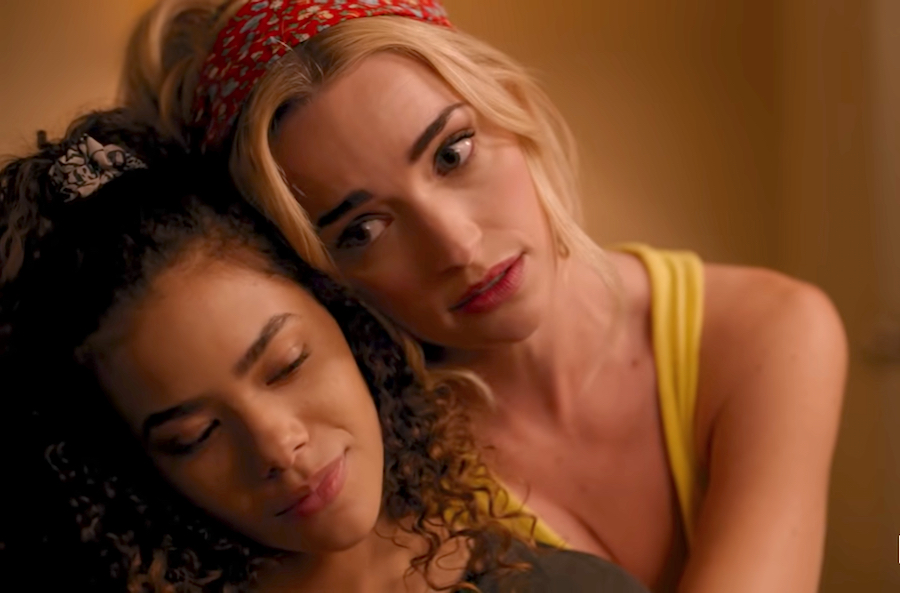 You either feel overwhelmed like there’s too much to watch on streaming platforms these days or you can’t find anything good to binge. If you’re either of the two, then look no further — we got you. Netflix has been killing it recently with their new shows. But their newest show, "Ginny & Georgia", should absolutely be your next binge watch.

"Ginny & Georgia" is a dramedy about a young single mother and her teenage daughter taking on a new town to get a fresh start after years of being on the run. Now they’re trying to fit in where they’re anything but normal. There are dark secrets, a lot of mystery, and some really good romance in there too.

Right now, the show is even sitting at #1 on Netflix’s Top 10 list. Confession: we watched it all in one day.

Here are 5 things that make it totally binge-worthy!

We’ve seen shows about relationships between young single mothers and their daughters before, like "Gilmore Girls", but this is so so different. Seriously, the plot is not what we expected when we first started watching. We can definitely say that we’ve never seen a show like this one before. The plot slowly starts to unravel and becomes even more interesting with every episode — which we love.

We watch a lot of TV and often times shows can become super predictable. We can appreciate knowing what is about to happen sometimes, but this show is anything but predictable. Just when you think you know what is about to happen, it doesn’t and something else happens that was completely unexpected. It’s exciting and it definitely keeps you on the edge of your seat the entire time. We can honestly say we didn’t scroll through TikTok while watching it (not even once!) — that’s how you know it's good!

Some of the main characters are played by young up-and-coming actors that just might be Hollywood’s next biggest stars after this show. They each captured our hearts in different ways and we can’t wait to see them in the next season (fingers crossed!) and other new projects too. We followed Brianne Howey (Georgia), Antonia Gentry (Ginny), and Felix Mallard (Marcus) on Instagram right away. In fact, we recently spoke to Antonia and Marcus themselves via Zoom!

It’s safe to say that we’ve never seen a show that covers so many topics, has so many layers, and is so inclusive all at once. They tackle issues like teenage pregnancy, single motherhood, people with disabilities (specifically deafness), mental health, and so much more. The show pretty much redefines diversity and inclusion on screen.

The ending takes a crazy turn and left us with our jaws on the floor. But, more importantly, it got us insanely excited for a potential next season. I mean, there’s no way they can leave us with that ending and not give us more... Right??