5 Reasons Why We Admire Giuliana Rancic 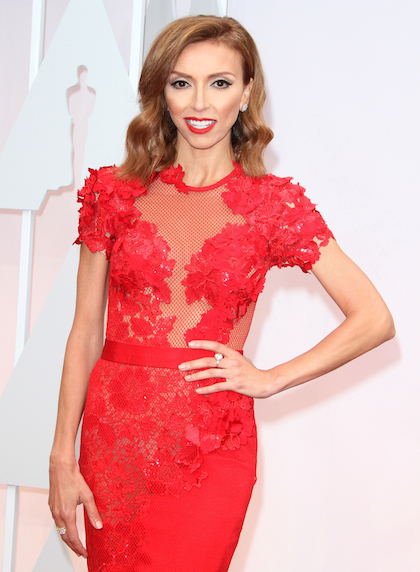 Giuliana Rancic is always in the headlines, whether it be for her E! News reporting, her newest career accomplishments, or her SUPER adorbs family. Some look to her as a fashion icon, a career idol, and life hero. There are so many reasons to admire G, but we’ve narrowed it down to five!

1. She kicked cancer’s butt (and still continues to do so).

Thank goodness for her trying to get pregnant, otherwise she probably wouldn’t have found out about her breast cancer until too late. We saw G struggle with her sickness and rooted for her when she decided to get a double mastectomy in 2011. She’s currently healthy but remains on cancer medication. Only a super strong woman like G could handle an illness like cancer!

Giuliana has donated to many different charities, but her biggest accomplishment with charity work was launching FAB-U-WISH, in partnership with The Pink Agenda. Together, they grant the wishes of women fighting breast cancer. Giuliana believed that a simple makeover made her feel more like a princess than a patient when she was suffering from the disease herself.

3. She puts her husband before her son, Duke.

It sounds weird, I know, but hear me/her out. Giuliana stands by that decision because their marriage is the first relationship that Duke will see, and being surrounded by Giuliana and Bill’s love will only benefit him. She believes that a strong foundation is the key to a healthy family! Duke is SO cute too, such a mini-Bill.

4. She’s successful in industries other than broadcast news.

She’s written a few books in her career, and her most recent one, Going Off Script, was just released just a few days ago! Giuliana has also opened two Chicago restaurants, RPM Italian and RPM Steak. Steak and pasta… we won’t argue with that!

5. She started from the bottom -- and now she HERE.

Giuliana has worked SO hard to be successful. She was born in Italy and taught herself how to speak English, she has her Bachelor’s and Master’s degrees in Journalism, and her first job was working in a mailroom where she delivered packages to celebrities! The woman deserves all of the amazing success she’s received over the past couple of years.