5 Independent Films You Must See Before 2014 Ends! 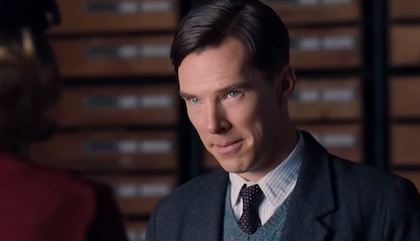 It’s officially time to panic: my local neighborhood Target has their Christmas decorations out and put up flyers for their Black Friday deals, which means only one thing: the mad holiday season is upon us. Whether you love partaking in a bit of yuletide cheer, would rather lock yourself away and glower at the crowds like Scrooge, or you are preparing for battle on Black Friday, there is one good thing that the holiday season brings us: great movies. There’s quite a few promising commercial films being released this year, including The Hunger Games: Mockingjay Part 1, Big Hero 6, The Penguins of Madagascar, The Interview, Unbroken, Horrible Bosses 2, and The Hobbit: The Battles of the Five Armies, to name a few. But let us not forget the smaller, lesser known films -- the promising indies. There are quite a number of indie films that will probably shine just as bright as the bigger films:

1. The Imitation Game:Here’s a pick for all of you Cumberbabes out there (you can still look even though he’s taken) -- Benedict Cumberbatch stars as Alan Turing, a brilliant mathematician, cryptanalyst, and war hero who is investigated by British authorities in 1952 on suspect of burglary. He ends up getting arrested for the crime of homosexuality, but little did they know just how brilliant Turing was. He was one of the first pioneers behind modern-day computers and led a group of fellow scholars and misfits to crack the codes of Germany’s World War II machine. The film certainly has an interesting premise, and Cumberbatch has yet to deliver a poor performance.

2. We are the Giant:There’s no denying the impressive power of the Arab Spring... Since late 2010, more than a dozen Arab nations have risen to claim their freedom. Amazingly, the protests have been primarily organized through social media, thus proving the incredible power that social media can and does have. We are the Giant is an inspirational documentary that explores what it’s like to be a part of a revolution. Perhaps the film appeals to me since my own family in Egypt participated in the protests, or perhaps it appeals to my fascination with the power that social media welds, but I would like to see how the film tells the story of the Arab Spring.

3. Rosewater: Jon Stewart’s directorial debut has a decidedly unfunny premise -- a journalist (Gael Garcia Bernal) is detained in Iran for over 100 days, where he is subjected to horrific conditions in prison. Although the film’s plot sounds a little bleak, it opened to favorable reviews at Telluride, and critics have mentioned that the film packs a bit of Stewart’s signature satirical snark. Stewart is no doubt one of the sharpest voices of our time, so it's interesting to see how his voice translates to film.

4. Happy Valley:Otherwise known as the Sandusky documentary, Happy Valley takes a look at how an entire town reacted when one of its local heroes, Joe Paterno, failed to turn in his monstrous assistant coach to the authorities despite knowing the fact that he was a child molester. The film questions just how much the administration was aware of Sandusky’s appalling actions, and why they failed to act on it. The film asks the horrifying question: did they care more about their football program than the safety of innocent children? Happy Valley was met with favorable reviews at Sundance for its sophisticated analysis and shifting perspectives. It’s definitely not going to be a film without controversy, and I’ve never been one to shy away from a little controversy.

5. Wild: Wild has certainly got an interesting premise (and cast and crew to boost). Based off of Cheryl Strayed’s autobiography, the film follows Strayed (Reese Witherspoon) as she attempts to leave behind her destructive life with a solo 1,000-mile hike along the Pacific Crest Trail (think Into the Wild but with a bit more insight and a smarter main character). The film was written by Nick Hornby, scribe of High Fidelity and About a Boy, so this is certainly a bit of a change for him, and critics have called this Witherspoon’s triumphant return as an actress. It certainly looks rather different, I can say that about it:

Which films do YOU want to see?