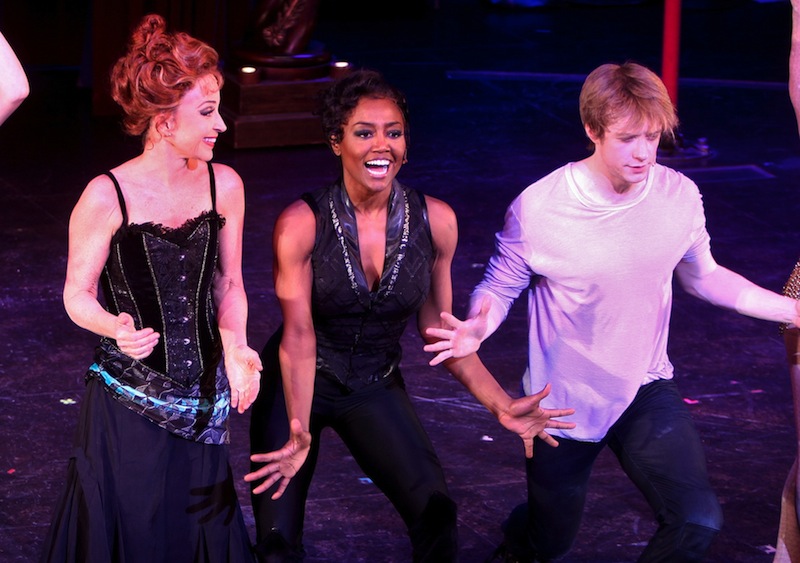 Now to flash us back to the '90s: the director of Les Miserables,Tom Hooper, has announced that he will direct a live-action version of the Broadway musical, Cats. The absurdly popular musical is the fourth-longest running musical in Broadway history and is considered one of Andrew Lloyd Weber’s best works. Based on T.S. Eliot’s poetry collection Old Possum’s Book of Practical Cats, the musical follows a group of felines as their much-loved patriarch Old Deuteronomy decides which cat will ascend to the Heaviside layer and come back to a new life. Hooper hasn’t yet stated what the costumes will look like, but considering how over-the-top the ones for the stage are, I can’t wait to see what gaudy spectacle is paraded out for the film. There is little-to-no word on casting yet, other than Hooper wanting to give Suki Waterhouse a role.

While I can see why directors would want to adapt Cats, I don’t know if it is the ideal choice for a film adaptation. Cats has always struck me as being very much of a stage spectacle, so I am not entirely sure how well it will transfer to film (although Hooper did a fine job with Les Miserables, so we know it’s in good hands). Rather than adapt a musical that seems so perfect for the stage, I would like to see film directors take on the following musicals, all of which would be perfect for film (and desperately deserve a film adaptation):

How does Wicked not have its own movie?! We’ve been promised one since the musical made its debut in 2003, yet it still hasn’t happened. Based on the novel by Gregory Maguire, Wicked is a re-imagining of The Wizard of Oz told from the Wicked Witch of the West’s point of view. It turns out that her real name is Elphaba, and she went to boarding school and roomed with Galinda -- the soon-to-be Good Witch of the South Glinda. The musical follows their friendship, their love for the same man, and their eventual falling out. The novel is quite different from the book and includes multiple serious themes (racial profiling, class wars, and women’s rights, to name a few), but the musical is a masterpiece all on its own. Wicked also features numerous locations all over Oz, so it would translate well to film. A few standout numbers include “Popular”, “No One Mourns the Wicked”, “I’m Not that Girl”, and, of course, the stellar, “Defying Gravity”:

There currently is a rumor that a Miss Saigon movie is in the works, but no one has yet to officially confirm it. Like the epic Les Miserables, Miss Saigon is almost entirely sung and is as equally bleak. Adapted from the opera Madame Butterfly, Miss Saigon takes place during the final days of the Vietnam War. A young Vietnamese girl named Kim falls in love with an American soldier named Chris, wanting to go back to America with him, only for the Fall of Saigon to occur. The musical is heavily political and dark (just like Les Miserables) but is hailed for its beautiful music and powerful message. Considering the success of Les Miserables, there is no doubt that a film version of Miss Saigon would be a smash hit as well. Standout numbers include “The Last Night of the World”, “I’d Give My Life for You”, and “I Still Believe”:

Like Les Miserables and Miss Saigon, Spring Awakening is not a cheerful musical. Based on the German play of the same name, the rock musical takes place in late-19th century Germany where a group of teenagers discover their sexuality and the difficulties of adult life. The musical was a smash hit and went on to launch the careers of Lea Michele, Jonathan Groff, and Skylar Astin. While there aren’t multiple locations to shoot in, Spring Awakening became a hit for its unique rock track and heavy themes. A few standout numbers include “Mama Who Bore Me (Reprise)”, “Touch Me”, and what may be the most popular song, “The Bitch of Living”:

There are many different ways that a film version of Pippin could go, since every theater has their own interpertation of it. Pippin is a play-within-a-play, as a group of actors put on a show about a young prince named Pippin, who is trying to find his “Corner of the Sky”. He attempts to join the army, takes part in the government, and even abandons the kingdom to work with a woman on the farm. Although a bit lighter than the previous musicals mentioned on this list, Pippin turns dark with the Leading Player, who is in charge of the actors. He (or she) is determined to make sure the story stays on track, and when the actors go off in their own direction, becomes furious. The recent 2013 Broadway revival featured the actors as circus performers, which added an acrobatic element to the show. That could certainly be fun to see on screen. Since there isn’t a definitive way to go with Pippin, the film could be set in the Middle Ages, in a circus, or in space -- it’s really up to the director! A few standout numbers include: “Simple Joys”, “On the Right Track”, and “Magic to Do”:

Considering the success of the film adaptations of Hairspray and Dreamgirls, it’s clear that audiences like the music of the '60s, which means there is a high chance they will want an adaptation of Memphis. Set in the 1950s in (where else?) Memphis, the musical tells the fictional story of DJ Huey Calhoun, one of the first white DJs to play black music, and Felicia Farrell, an up-and-coming black singer. They meet and -- since this is a musical -- fall in love and -- again, since this is a musical -- face many challenges as the outside world cannot accept their relationship. It would be fun to see Memphis come to life in the actual city that it takes place in, and to share all of the vibrant numbers with a larger audience. A few standout songs include: “Steal Your Rock and Roll”, “Colored Woman”, and “The Music of My Soul”: