4 Unconventional Beauty YouTubers You Should Check Out! 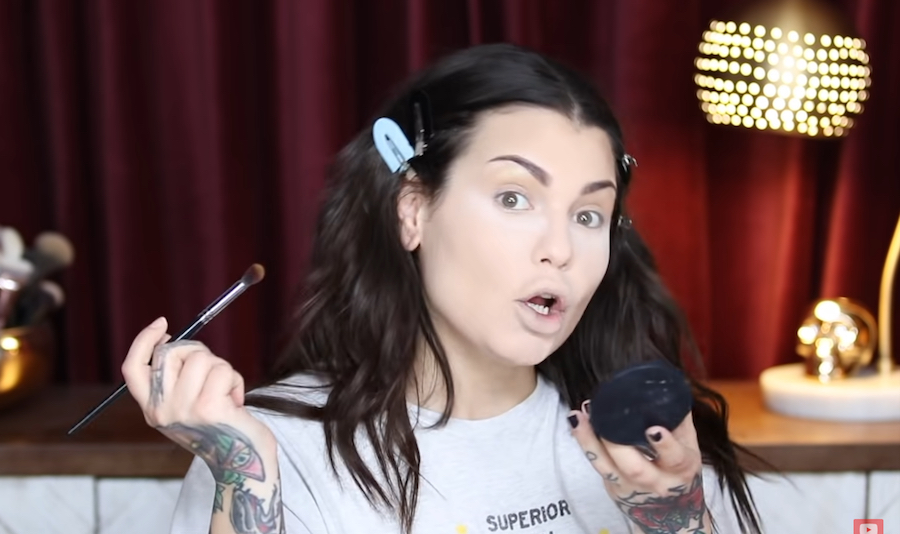 YouTube has become the place where nearly anything is possible. If you have a crazy, out there idea for a show or video, YouTube is the place to go. YouTube has become especially popular for beauty vloggers and influencers, as well as self-taught and professional MUAs.

Through the beauty community have emerged some Beauty YouTubers who have chosen to spice it up a bit. These creators aren’t bringing you your classic make-up and fashion videos -- check out some of our favorite Unconventional Beauty YouTubers!

Safiya Nygaard is one of my all time favorite YouTubers! She has a number of different series on her channel, typically in the make-up and fashion scene. If she looks familiar, you may have seen her on Buzzfeed as one of the creators of “Ladylike” a few years back.

Safiya Nygaard has multiple series all in the beauty realm, from “bad makeup science experiments” and beauty and style challenges to “the internet made me try it” and so many more. In these videos, Safiya tries out interesting products from interesting sites, like clothing under $5 from Wish.com, and clear pants. My favorite series is her “bad makeup science experiments” where she typically takes a bunch of makeup and mixes it together, creating what she calls “franken-makeup”.

Safiya also uses her channel to share about different cultures. She finds ways to create content that matches her channel when she travels, teaching her viewers about fashion and make-up trends, as well as cool places to visit (like the cheese theme park in South Korea!).

You’ve probably seen or at least heard of Bailey Sarian. She’s been all over the internet for her creepy, true crime-inspired make-up tutorials. Recently, true crime shows have become increasingly popular, such as “I am a Killer” and “Making a Murderer”. YouTube, on the other hand, has long been filled with make-up tutorials. Bailey Sarian takes these two subjects and combines them into one with her “Murder, Mystery and Make-up” YouTube series.

Sarian does her research for these videos, collecting as much data and evidence as she can. The best part of these videos are that they are only around 30 minutes long (many of them even shorter!). Because Sarian is going through these stories, she doesn’t go through the steps in her make-up routine but rather leaves her products in the description. Right now, Sarian has over 70 videos in her series, perfect to spend a week binging.

Though Sarian is mostly known for her true crime make-up videos, she has various other series on her channel, including beauty hauls, regular make-up tutorials, storytimes, and lifestyle videos.

I first discovered Cristine of Simply Nailogical through Safiya Nygaard’s account. I had heard of her before but never checked out her videos. After seeing Safiya go to the Orly Color Lab with Cristine, I had to see what Cristine was all about!

Simply Nailogical is similar to Safiya’s content, where she has some “make-up science”-esque videos mixing together a bunch of nail polish. She also has nail art tutorial videos as well as challenge videos, like her “$130,000 NAIL POLISH?! WTF! ft. Safiya Nygaard” one.

Not all of her videos are nail-focused either -- she also has silly content like “How Many Weighted Blankets Until I Can’t Get Up” (it’s fashion if you’re wearing it, right?) and various nail, hair, and make-up videos featuring her boyfriend.

One of my friends introduced me to Lauren Petrie, aka Treacle Tatts a few months ago, and I quickly became obsessed with binging her videos. Though most of her videos are tattoo-oriented, tattoos can be classified as beauty! And even though they are becoming more popular, there is still a lot of stigma around them.

Lauren uses her platform to educate people on tattoos. She has very strong opinions that not everyone may agree with, but overall her channel focuses on educating people on tattoos and normalizing having tattoos. She tries to teach viewers best practices, finding good shops, and one of my favorite series “Tattoo Etiquette”. One topic that almost always comes up in her Tattoo Etiquette videos is “stealing” or copying tattoos. She explains how it is disrespectful to the original artist and why it is better to have your own original pieces.

If you’re not a fan of tattoo videos, she also has a few other series on her cosmetic procedures (such as lip fillers), make-up tutorials, fashion, piercings, and many, many more non-beauty related videos.

One of the reasons I appreciate Lauren Petrie so much is because she is always honest about her opinions while making it clear that she is not an expert but rather an enthusiast, and her page is to help people make the best decisions when it comes to their bodies.

YouTube may seem like the same content on repeat at times, especially on the beauty side, but each creator finds a way to add their own twist on your everyday content. These are just some of the wonderful creators taking their beauty-oriented channels to the next level.