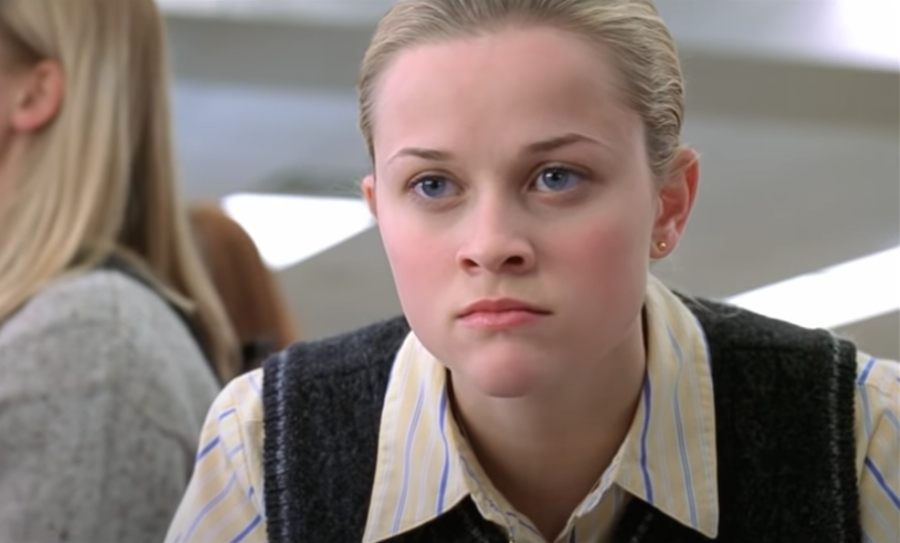 Reese Witherspoon is without a doubt one of the most influential actresses and producers in the industry. From her performance in Legally Blonde to her actress/producer titles on "Big Little Lies", she’s been a part of some of the best films and TV series in last few decades. With Legally Blonde now available on Netflix, it immediately inspired us to have a nostalgic Reese Witherspoon marathon all weekend!

Here are some of Reese’s most iconic characters that are blasts from the past!

To know Tracy Flick is to know the most iconic presidential candidate ever. Tracy knows exactly what she wants and will destroy everything that’s in her way to winning the high school student government election, including her teacher Jim McAllister (Matthew Broderick). Reese Witherspoon’s portrayal of an overly ambitious teen politician is so spot-on that it makes you both empathize with and root for the villain.

Annette Hargrove is angelic, innocent, smart, and a big challenge for Sebastian Valmont (Ryan Philippe), the Upper East Side’s manipulative playboy. After his step-sister Kathryn Mertuil (Sarah Michelle Gellar) challenges Sebastian to seduce Annette, the last thing he expects is to actually fall in love with her, as she is the complete opposite of Sebastian. With her charm and elegance, Reese brings to life the perfect Annette in Cruel Intentions.

You either hate Jill Green or love her, but regardless of how you feel, you need to remember that the only thing she CAN’T have is dairy! Every "Friends" fan knows that Rachel Green (Jennifer Aniston) has the most iconic but difficult sisters, so we love an episode where the Green sisters reunite -- especially if it means Reese Witherspoon will guest star on the show! While visiting her big sister Rachel, Jill ends up going on a date with... ROSS?! And has absolutely zero guilt about dating her sister’s ex. With her stubborn attitude and spoiled charm, Jill Green gives me Elle Woods-meets-Tracy Flick vibes.

Want to see how Reese Witherspoon won her first Oscar? Well, it was her portrayal of the real-life country singer June Carter in Walk The Line alongside Joaquin Phoenix. In the film, Reese actually sang all the songs herself and showed everyone that she can do it all!

Where to Watch: Prime Video