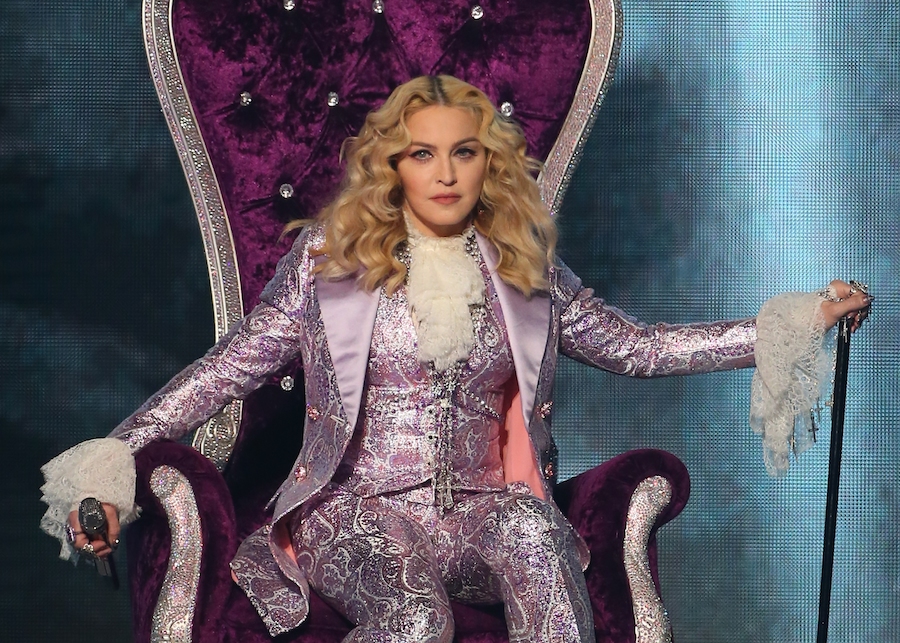 The one and only Madonna turned 63 earlier this week, and for almost 4 decades, she has given the world iconic looks, bops like "Vogue" and "Material Girl", and has served as inspo for everyone from Lady Gaga to Taylor Swift, so the internet went all out with the Madonna tributes this Leo Season!

Madonna announced a fundraiser for her birthday via IGTV, which really racked up the support and engagement from all different celebrities that look up to the OG Queen of Pop.

Stars like Chloe Fineman from "SNL" and Miss Fame from "RuPaul's Drag Race" did the classic Instagram story repost and comment interact as a tribute for their Boomer idol (which, can you believe Madonna is literally a boomer??). The visual content that came across our Instagram feeds, TikTok FYP, and email blasts this last week all reminded us how Madonna set so many of the trends and iconic looks Gen-Z is emulating today.

On TikTok, you can tell Madonna may still be learning how to use this mostly Gen-Z app, especially since her daughter Mercy James seems to be making half of her posted videos. But other accounts that are magnets to Gen-Z pop culture conversations are picking up where Madonna left off. @paper has been liking and commenting up a storm for Madonna's birthday. On TikTok, her song "Material Girl" comes up as a "Popular" sound with around 200k TikToks using the iconic song. Madonna tracks are being used as audio for TikToks spanning from '80s throwback fashion videos to art TikToks and more.

So, even though Madonna is in a totally different generation, is she just getting more relevant? In addition to her birthday fundraiser, she announced she will be reissuing some of her major albums from the '80s to now. The reissuing of her most legendary tracks like "Hung Up" comes just in time with her documentary coming to Paramount+ this October. For pop culture followers, it seemed like 63 might have been Madonna's most exciting birthday yet!