4 Old Hollywood Classics That Deserve a Remake -- And Who Should Star In Them! 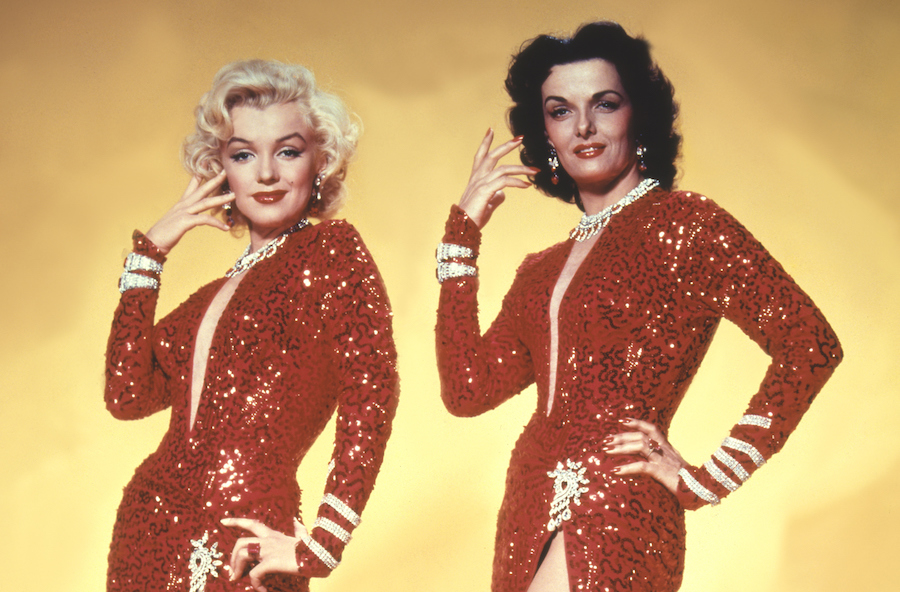 During the 2021 Oscars, the first trailer for Steven Spielberg’s remake of the West Side Story starring Ansel Elgort and newcomer Rachel Zegler premiered. The official sneak peek of the upcoming movie made us realize that remakes can be tricky… but they can also be pretty great if done well. It is always exciting to see a new director’s spin on a classic with an entirely new cast!

So in that spirit, here are 4 Old Hollywood classics that deserve a remake, as well as our fantasy cast picks for each!

Elia Kazan’s Oscar-winning Splendor in the Grass is about the intensity of young love, especially first love. Set in Kansas, Deanie and Bud (Natalie Wood and Warren Beatty, respectively) are their small town’s perfect couple — she is sweet and pretty, and he is from the town’s most powerful family. When they have to part ways, though, Deanie struggles while dealing with her heartbreak to the point of madness. A remake of such a powerful romantic drama would be a hit, similar to the 2018 remake of A Star is Born starring Lady Gaga and Bradley Cooper.

Dream Casting: In the role of Deanie, Zendaya is our pick. The ‘’Euphoria’’ actress is undeniably talented when it comes to portraying complex female characters with mental health struggles. (Natalie Wood received an Oscar nomination in 1962 for her performance in Splendor in the Grass.) With her portrayal of a drug addict teenager in ‘‘Euphoria’’, Zendaya has won the Emmy for Best Lead Actress in a Drama, and her most recent Netflix project, Malcolm & Marie, also showed everyone her ability to deliver intense performances.

Fun fact: Ariana Grande’s wedding dress was inspired by the wedding dress worn by Audrey Hepburn in this Old Hollywood gem! A spontaneous photoshoot at a local bookstore leads to the handsome fashion photographer Dick Avery (Fred Astaire) to see a spark in the bookworm Jo (Audrey Hepburn), who works at the bookstore, and offer her a modeling contract with a trip to Paris. The heartfelt musical comedy is romantic and has beautiful cinematography with memorable musical numbers.

Dream Casting:Anya Taylor-Joy, who recently won a Golden Globe for her brilliant performance in "The Queen’s Gambit", absolutely radiates Audrey Hepburn vibes with her sophisticated charm and multi-talent. Joy’s recent "SNL" appearance proved to everyone that she can sing thanks to the "Pride Month Song" sketch, she can be funny, and, as we already knew, she can act. Taylor-Joy is our pick for a future Funny Face remake!

This 1956 musical romantic comedy had the Princess of Monaco, Grace Kelly, as the lead alongside Bing Crosby and the iconic Frank Sinatra. The wealthy and charmingly spoiled socialite Tracy Lord (Kelly) is torn between three men: her jazz musician ex-husband Dex, her fiancée George, and the undercover tabloid reporter Mike. A remake of this fun and romantic classic would be an absolute gem to watch, but the casting is key as it is crucial to capture Grace Kelly’s elegant charm.

Dream Casting: Attention, all Gleeks! Don’t we think Dianna Agron has an undeniable Old-Hollywood elegance? The actress, who played Quinn Fabray in the hit show "Glee", definitely resembles Kelly’s sophistication and talent. Plus, Agron is a great singer, a crucial qualification for being the lead in such an iconic musical rom-com. We are proud to say, Agron is our dream pick for the role of Tracy Lord — Quinn Fabray for the win! (Sorry, Rachel Berry.)

You definitely know this Old Hollywood classic, and if you don’t, you must have heard its signature tune, ‘‘Diamonds are A Girl’s Best Friend’’. Lorelei Lee, the blonde (Marilyn Monroe), and Dorothy Shaw, the brunette (Jane Russell), are two showgirls who work on a gigantic cruise, dreaming of ending up in Paris. Between several musical numbers and a very pink and dreamy performance of ‘‘Diamonds are A Girl’s Best Friend’’ by Monroe, the little girls from Little Rock get into all kinds of adventures and hiccups while meeting eligible men who admire them along the way.

Dream Casting: Ever since watching Ryan Murphy’s Netflix mini-series, "Hollywood", Laura Harrier and Samara Weaving’s spectacular performances as young actresses trying to make it in Hollywood in the early-'40s has stuck with me. The two ladies had great chemistry with each other on-screen and they would be the perfect blonde and brunette partners-in-crime duo in a potential remake of Gentlemen Prefer Blondes!