Nothing But True Positive Reviews For Hulu's 'False Positive'! 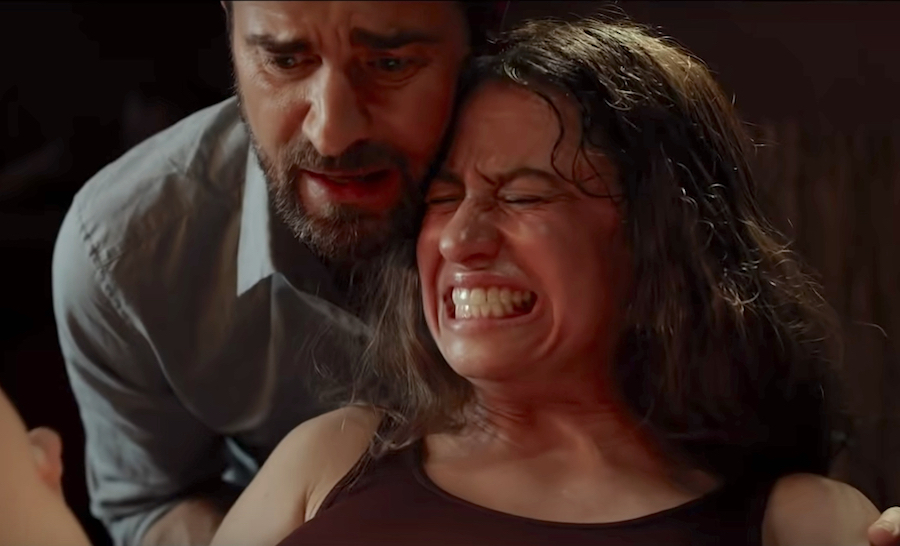 Let’s just be real right off the bat – you tell me Ilana Glazer is starring in anything and I’m there. So when I heard that this "Broad City" alum and comedy maestro was shifting gears from laughs to screams, I was beyond intrigued. I consider myself a horror/thriller buff of sorts, with some of my favorite movies (and books) of all time falling under this genre – The Shining, The Silence of the Lambs, The Blair Witch Project, Black Swan, and Get Out being a few that I can watch over and over again, despite the ensuing stress that my poor heart must endure. But even though I can’t walk around corners, hang out in the dark, traverse forests, or exist in noiseless situations without sweating just a bit, those that are less inclined to torture themselves with overly creepy, disgustingly gory, pee-your-pants cinema have nothing to worry about with this film. Well, maybe not nothing, but very little. Allow me to explain...

First off, if you’re a Rosemary’s Baby fan, I think you’ll love False Positive, which shares many of the 1968 horror classic’s themes. Like the Mia Farrow-led flick, this movie revolves around a woman – Lucy Martin (played by Glazer) – who gets pregnant but fears that the people around her have somehow had a hand in negatively manipulating the pregnancy. The paranoia is palpable throughout False Positive, as are the ominous hallucinations and Lucy’s equally eerie doctor (played by Pierce Brosnan), nurse (played by Gretchen Mol), husband (played by Justin Theroux), and friend (played by Sophia Bush). Basically, you get a not-great vibe from her whole entourage right from the start, and let’s just say the feeling remains throughout. I thought that this star-studded cast – along with Zainab Jah, who plays spiritual midwife Grace Singleton – all played their roles to a T; I wouldn’t want to be in a room alone with any one of them, for a whole host of reasons.

But I don’t want to give away too much, so I’ll instead insert a heartfelt, not-so-vague PSA – ladies, make sure you really trust your doctors. And partners. And closest loved ones. And anybody that may have a chance of jeopardizing your bodily autonomy. One iffy premonition and I say run, don’t walk, away from the creep in question. There are plenty of lessons to take from this film, but I’d say that’s probably at the top of my list.

I really want to make sure, though, that Ilana Glazer (who produced and co-created this movie in addition to starring in it) gets her roses here. I, like many people, first fell in love with her in "Broad City", a show that is probably, if not my favorite, then certainly among my top three favorite series of all time. I love this girl, and I would go so far as to say that she is one of the most important comedic minds of our time. So for her to transition so seamlessly into horror was effing incredible. I’m telling you; it took me all of 15 seconds for me to completely buy her in this part, and I was uber impressed with her performance, especially when things got really weird in the film’s later scenes. Not to mention, I think her don’t-eff-with-me energy played out beautifully in this flick, and I just find her to be such an empowering, badass presence in both the roles she portrays and in the interviews she gives. I hope she continues exploring different genres and characters, because I think she’s such a natural talent and a wonderful actress. Clearly the woman can conquer anything on the big and small screen, and I look forward to seeing what she takes on next!

Before I wrap it up, I would like to clarify my point earlier, that False Positive is an excellent movie for those who would like to maybe stand on the platform for a bit before fully hopping on the horror train. You a little squeamish with blood? Okay, there’s a little bit of blood, but not gushing-out-of-elevators, Shining levels. You not such a huge jump scare person? I would say the elevated heart rate moments are minimal, and if they do occur, they are plenty spread out. Does violence, death, and decay give you the heebie-jeebies? I still think you’re okay. Are upsetting endings not your cup of tea? Nice try, you’ll have to watch the movie for yourself to get that information – no spoilers here! Point is, the movie is a great mix of sinister without being overly, in-your-face, slasher crazy. The delicate, layered topic of reproduction was addressed in such an interesting way in False Positive, and I hope that even if you are wary of horror films in general, that you give this one a try! Can’t wait to see what else Hulu comes out with this summer, and if the streamer’s upcoming flicks are anything like this one, your girl’s going to need to head over to Ralph’s for some more popcorn!