20 Years of "South Park": An Entire Generation of Hilarity 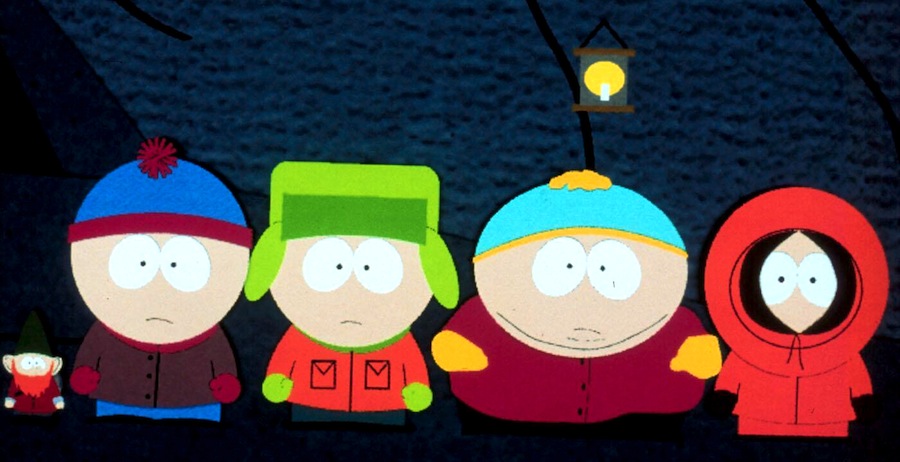 If you’re like me and you were born in the late-'80s and early-'90s, then you grew up watching “South Park” from the beginning, and maybe even with some vague understanding of what was happening. I remember begging my mom to let me stay up or at least tape it (for younger readers, DVR wasn’t always around, so we occasionally used these ancient devices called "VCRs") so I could watch it.

It was something that so many of my fellow elementary school classmates would watch and, like many kids, quote lines from, which, as you can guess, lead to some awkward situations. Things got so bad that a white shirt with a shot of all the “South Park” characters smiling and waving at people who looked in my direction got banned. To top it off, I begged my dad to let me watch the movie, which disturbed the hell out of him, and is most likely the reason he walked out on me for third time! These traumas made me the man I am today, and I owe it all ot “South Park”. Plus, I saw my first R-rated movie, so it was all worth it.

Let’s be honest, curse words are funny when you’re a kid (and as an adult, they’re still funny), but then you get older and learn that, underneath the foul-mouthed jokes and surreal moments of “South Park” (like Cartman getting violated by the “Jersey Shore” pickle-eating creature Snooki), there is some scathing social commentary and even heart. Now that “South Park” is entering it’s 20th season on September 14, creators Trey Parker and Matt Stone know they have hit many demographics of fans and put out this gem of a trailer below:

While the demographics depicted in the commercial are both older and younger than mine, this trailer really hits the mark. Even more so, it’s completely deranged and sweet at the same time, which sums up the show quite nicely when you think about it. Yes, Kenny dies in many of his onscreen appearances. Yes, Kyle has been the middle of a human centipede. Yes, Satan has been in a gay, abusive relationship with Saddam Hussein. Yes, Cartman has been… Cartman. But all that aside, there are a lot of sweet moments in the mix, despite the fact that they’re almost shot down immediately and hilariously by something offensive, but that’s what has made “South Park” into “South Park”.

In the past couple of seasons, the show has only gotten better too. With 2016 being one bizarre year, it should be fun to see what “South Park” does this time with the myriad of material occurring on a daily basis. Parker and Stone really don’t have to stretch too far to get inspiration this season. So, clear your schedule on September 14 and lock into your TV screen to continue the tradition of watching “South Park” on Comedy Central!