1st 'Fault In Our Stars' Clip Looks Promising for Fans of the Book! 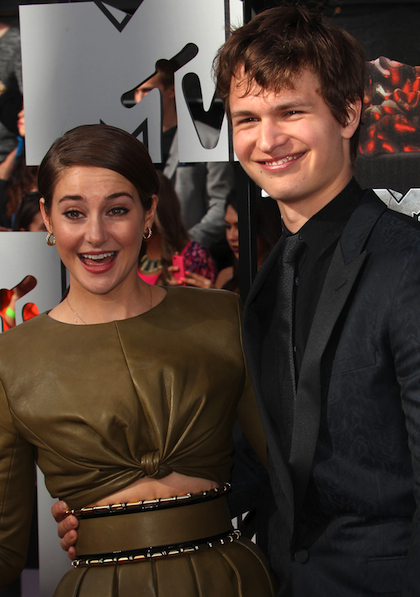 The inner teenage girl in me is currently having a giant freakout. Please pardon me as I can’t contain my excitement over the fact that an actual clip from the upcoming film, The Fault in Our Stars, has been released. The clip debuted during the MTV Movie Awards, and it looks as though they have captured the charm and sincerity of John Green’s sweet young adult novel. If you haven’t read The Fault in Our Stars -- which I implore you to do... right this second... seriously, drop everything you are doing and go buy a copy -- the novel follows the romance between two cancer patients, Hazel Grace (played byShailene Woodley in the film) and Augustus Waters (Ansel Elgort). The rather unique pair, who defy conventional circumstances, meet at a cancer support group. As the novel goes on, their love only blooms... until the end. I won’t give away the ending, but let’s just say it rather matches the Shakespearean ending from which it received its title.

If you haven’t seen the adorable clip, here it is:

I love the chemistry between Woodley and Elgort. When I read the book, it was a little difficult for me to precisely picture what Augustus looked like, but Elgort truly captures the character. The way he delivers Augustus’s lines is exactly the way I envisioned them, as well as his little shrugs and smirks. It’s a little difficult from this preview to tell how well Woodley brings Hazel Grace to life, but she seems to have her certain cadences down.

Are you as excited to see The Fault in Our Stars as I am? (And seriously, if you have not read the book, go read it. NOW.)