12 Hot Summer Jams For Every Occasion! 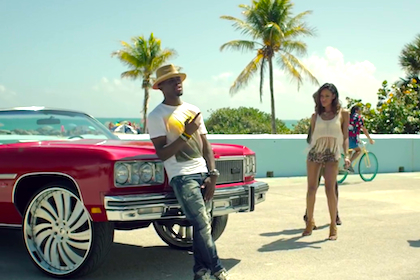 In anticipation of the impending last month of summer (insert sad face), I think it’s only appropriate to talk about how amazing the music released and played over the past few months has been! In addition to hearing new singles from some of our favorite artists, the radio continues to grace our ears with tracks that came out months ago yet are still topping the charts into the late summer months!

We’re still jamming to and loving Omi’s “Cheerleader”, all of Taylor Swift’s 1989 album (can you believe that came out in October of last year?), and I know I am anxiously awaiting the release of The Weeknd’s album Beauty Behind the Madness, slated to drop at the end of August!

Below are a collection of songs I have compiled that I think resonate well with respective moods you might be channeling on any given summer's day!

Songs that are perfect for when you want to dance:

Regardless of your feelings about Justin Bieber, there seems to be resounding positive feedback surrounding this alternative dance track. The lyrics are personal and relatable, but the soft, sad tone of Justin’s voice combined with the powerful beat created by the two DJs is what really makes this song attractive and perfect to groove to.

2. “Cool for the Summer” by Demi Lovato

This song came out in April but has continued to top the charts as one of the hottest songs of the summer. Not only is the message of this song adorable, but the lyrics are catchy and easy to learn, making it a perfect song to dance and scream the words to. The trumpet incorporated into the background makes for a different reggae vibe, although the song is described as house music!

Songs for when you’re stuck in traffic:

We understand your bad blood with traffic. This remix to Taylor Swift’s original “Bad Blood” track is perfect to sing along to in the car when you’re stuck in the road and barely moving your car. Whether you’re the driver or a passenger, this song is sure to allow you to escape the horrors of traffic and embrace your inner T-Swizzle.

The Weeknd slays again.  A consistent question I get from friends when I put this song on in the car is, what does this song even mean? My answer is always, "I don’t know," but in the words of The Weeknd himself, “but I love it.” The calming beat and soothing voice of this musical mastermind make it perfect for a long commute home.

This might be my favorite song of the summer. This song is an absolute savior in long car rides. The weird electronics and bumping beat along with Pia’s incredible harmony with Chris Brown is so fun and definitely screams summer.

Songs for when you’re not even sure what kind of mood you’re in:

My friends and I are in concurrence about this song: it is a jam. The lyrics, the vibe, and the allure of mystery that this song provides is what makes this song such a hit.

While this song didn’t technically come out in the summer, Ed released this as his fifth single of his album, x, and it has maintained enough traction over the summer to make the list. If you are listening to this song, you might be in an emotional mood, but I feel like this poignant track forces you to evaluate life, so I am putting it in the miscellaneous category.

Okay, so technically this song came out in February, but the music video was released this summer, so this song can be included. I love this ballad that combines the voices of rappers and singers to create an incredibly powerful and moving track.

Songs that you just have to listen to regardless of your mood:

Before we get into this song, can we just take a moment to look at the names of the artists on this track? Craziness! Anyways, while it is actually challenging to decipher what is being sung in this song, it exudes happy energy and has a rhythmic sound that is enjoyable to the ear.

While I just heard this song for the first time, I do find it appealing, and think it will be a popular hit for the remainder of the summer. I don’t particularly like the message of this song, but the vibe coming from 5SOS reminds me of a combination of Blink 182 and Simple Plan (does anyone remember those guys?). That is reason enough to have this song on repeat!

While I am not a huge lover of country music, this song tells a great story and has a cool, upbeat string feature that I find fun and different. This is quintessential background music to a perfect summer day.

So there you go, 12 summer tracks that you should definitely give a listen to if you haven’t heard them before and get on your Summer Play List asap! Make yourself a mix tape, grab a good book or a spot on the beach, and listen to these cool summer tunes.

Tweet us what your favorite summer songs are @younghollywood!