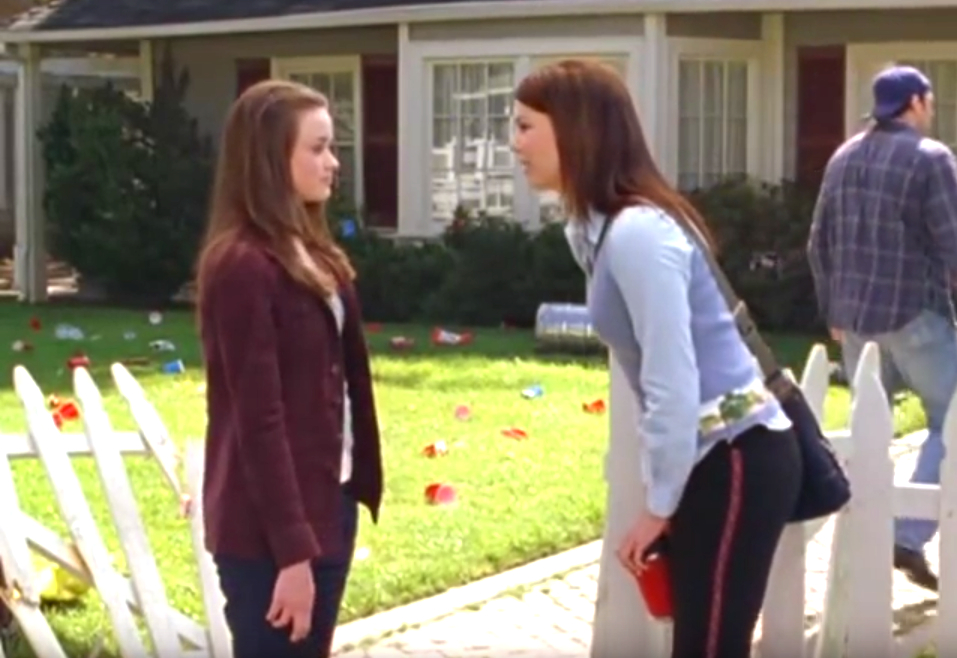 “Where you lead, I will follow, anywhere that you tell me to.”

Okay, readers, listen up! It’s time to follow me into the depths of an amazing portal known as Netflix and start binge-watching one of television's most beloved shows, "Gilmore Girls".

If you are/were a viewer of this treasured WB series back in the early-2000s, then you’ll know that my opening line is actually a lyric to the theme song, "Where You Lead", for the dramedy TV series that was notorious for quick-witted humor, serious sarcasm, and the most fantastic mother-daughter duo ever to be displayed on television.

It was recently announced to much fanfare (most of it mine) that "Gilmore Girls" will be revamped for four 90-minute segments, where Amy Sherman-Palladino (the original creator of the show) and her producer/writer husband will be giving a proper ending to the show, as it closed back in 2007 with no small degree of obscurity and disappointment. Palladino didn’t return for the seventh and final season of "Gilmore Girls", due to what has been reported as contract disputes, which is a probable reason that the ending wasn’t up to par with the rest of the show.

The "Gilmore Girls" cast, lead by Lauren Graham and Alexis Bledel (who respectively played the show's leading ladies, Lorelai and Rory Gilmore), have remained close over the years, each member expressing interest in a revival or reunion of some sorts. My hope is that this revival actually happens, as this show was a unique genre of its own -- dramatic and tragic moments contrasted with lighthearted humor and one-liners that sometimes were just too good you couldn’t even understand the brilliance of it all until minutes after watching.

In honor of the revival, I’ve compiled some of my favorite clips/quotes from throughout the show to get you all excited for "Gilmore Girls" imminent return. For those of you who haven’t watched, I implore you to discover the wondrous town of Stars Hollow (where the show takes place). Even if you don’t know the characters, I promise, they won’t disappoint.

2. Ah, the delightfully polite and classy duo that is Richard and Emily Gilmore. They scream intelligence and high-society. #BUYMEABOA

3. We’ve all been here. Michel had some of the best quotables from this show.

4. How to make appliances more cool and fun to use!!!

5) Oh, Paris. Even though she was incredibly egotistical and widely annoying, Paris Geller did sometimes say the things we were all too afraid to say out loud, while demanding respect from her peers… And this scene is just too good not to share.

6. Kirk is that one person everyone should have in their life -- someone who probably annoys the heck out of you but always provides you with pure amusement and entertainment. Thank you, Kirk.

8. Probably one of the most touching moments throughout the entire show. I was definitely blubbering.

9. Scene from a soap opera, or just Lorelai being dramatic? Probably the latter.

Here's hoping the revamp manages to churn out more unforgettable moments like these! What are some of YOUR favorite moments from "Gilmore Girls"?