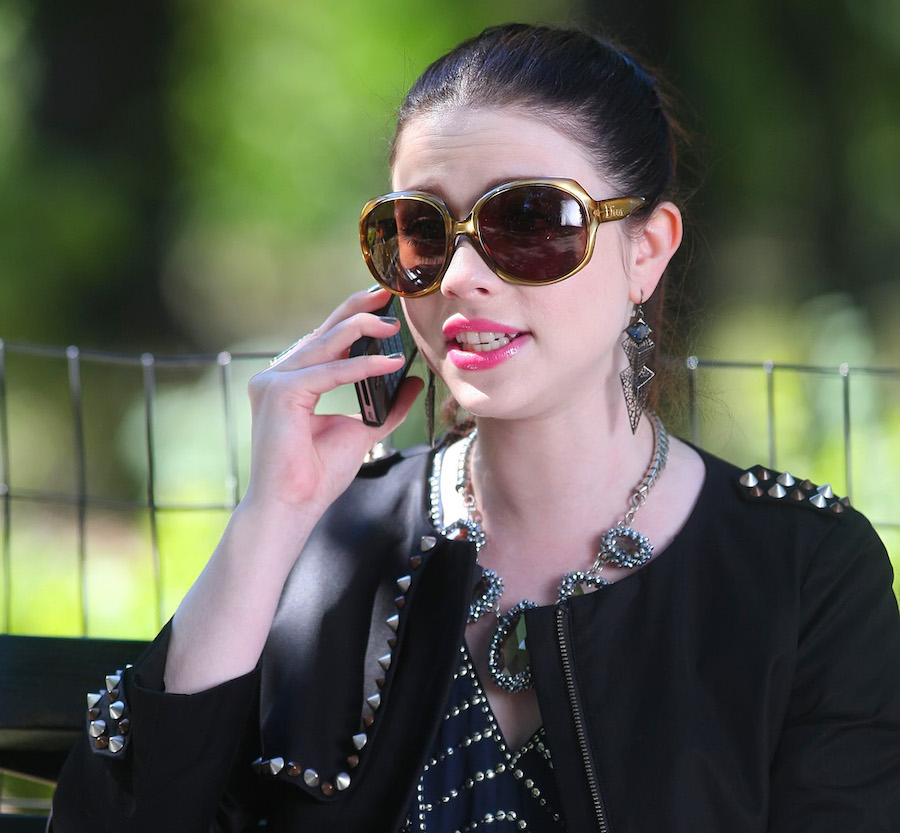 Hey Upper East Siders. Gossip Girl here, and I have the biggest news ever!

If you’ve read this in Kristen Bell’s voice, then congratulations, you are a true "GG" fan! The iconic TV show has left a big legacy, which now remains strong due to the reboot of the series. When the news of "Gossip Girl"’s sequel first arrived, fans were disappointed about none of the original cast members being a part of the new show. However, things changed when Milo Sparks (Azhy Robertson) appeared in the series, giving us hope that one day we may see her mother, the awesome Georgina Sparks (Michelle Trachtenberg) as well. Well, our hopes are officially fulfilled, since we saw our favorite “villain” appearing in the trailer for the second season of "Gossip Girl"!

Georgina is one of those intriguing characters whom you hate at first sight then start to understand and end up loving. Despite appearing only in 28 episodes, she has won the hearts of the fans, becoming one of the coolest characters of the show.

So, what is Milo’s mom up to this time? We will find out on December 1 on HBO Max! But for now, let’s remember some of the most iconic quotes and moments of Georgina from the OG show!

Well, don’t we all get bored at parties sometimes? At least Miss Sparks-Becker knew how to make it fun and interesting in her own way.

When trying to ruin Blair and Prince Louis’s wedding, Georgina gives us one of her most iconic lines. She knows how to break the rules, doesn’t she?

3. "When it comes to Blair Waldorf, I don’t have to do much but light the match and watch her go up in flames." (Season 3, Episode 3)

We all love Blair, but let’s admit that this is the most accurate representation of her. Always the Drama Queen.

Georgina Sparks talks the words of wisdom. We should all remember this simple truth of life and relationships.

Well, as they say, you should always know how to keep things in balance. At least that’s what Georgina thinks.

I guess it’s safe to say that the Bible camp did no good for our favorite badass girl. Though it certainly gave us lots of cool quotes.

7. "I know you think I’m crazy. That I’m a schemer and a liar and pathologically selfish, and that’s true... or it was. Until Milo was born. I understand if you hate me, but please don’t hate my son. He deserves to have a good family." (Season 4, Episode 1)

This is one of those lines that shows the true essence of a character. We all used to think of Georgina in this way, but this quote changed our perspective of this complicated and interesting person.

This episode was a true gift for all Georgina fans out there. Nothing better than a bored bad girl wanting to have a little fun and do some mischief.

9. "When everyone at a party hates you, who better to bring than someone they hate even more?" (Season 5, Episode 17)

Write this down, everyone. Georgina never fails to give a good advice when it comes to relationships and social events.

You are absolutely right, Georgina! No matter how much time passes, we all come back to this iconic show, enjoying the atmosphere of New York and all the secrets and scandals of Upper East Siders provided by Gossip Girl.

Welcome back to the Upper East Side, Georgina!