3 YA Pirate Books That Arr Worth Your Time! 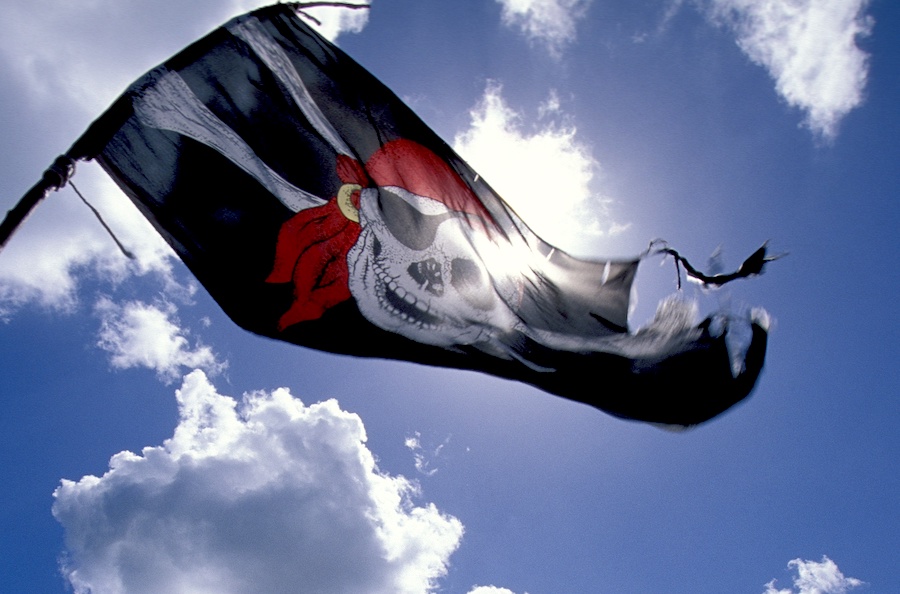 The first days of winter are on the horizon, which means our time will soon be spent inside curled up by the fire with a good book. When you are dreaming of the warm Caribbean breeze and the ocean waves crashing upon the beach while watching the snow outside this winter, dive into one of these pirate books to transport yourself to the high seas! We found 3 (sea)worthy pirate books that are sure to be treasure troves of entertainment for you while you sip your hot chocolate and wait for Spring!

1. In Deeper Waters by F.T. Lukens

In Deeper Waters follows a teenage boy named Tal, who happens to be a prince and is on his coming-of-age tour of the kingdom. Traveling via ship, he and his crew happen upon a burning vessel with one lone survivor on board: a mysterious and secretive boy named Athlen. Under the suspicion that he was part of a pirate-lead plot to undermine the kingdom, Athlen is held in the ship's brig. That is, until he jumps overboard to escape. In the middle of the ocean. With no lifeboat or buoy. Miles and miles away from any land. Tal, feeling sorrowful that the boy died on his watch, is understandably surprised and angry to stumble into Athlen at the next port. Knowing there was no way for him to survive the open ocean, Tal hones in on befriending Athlen in an attempt to uncover his secret. Tal comes close to getting Athlen to divulge the truth, but tragedy strikes before the information is shared. Tal is kidnapped by pirates, and Athlen has to make a difficult decision: acknowledge his developing crush and use his secret to help Tal, or continue to keep his secret hidden and stay safe from harm. Embark on a journey with magic, mythical creatures, sea battles, and a bit of romance.

2. Daughter of the Pirate King by Tricia Levenseller

Daughter of the Pirate King follows 17-year-old Alosa as her father, known as the pirate king, instructs her to embark on a secret mission: infiltrating an enemy pirate ship. The method? Purposely getting kidnapped by the pirates who want to undermine her father. A devoted daughter and excellent pirate, Alosa fully intends on fulfilling her father's request to get on board the enemy ship and make these pirates pay, destroying them from the inside out. But when she meets the ship's co-captain, 18-year-old Riden, she begins to change her mind... Not just because she falls for his good looks but because he brings forth some evidence regarding her father which changes her perception of the pirate king forever. With the shocking information Alosa learns about her father, she questions who the real enemy in her life is. Instead of being regarded as a beloved daughter, she may just be a pawn in a long-term plan to claim The Treasure, a long-told legend about an island filled with mermaids and magic. Knowing that her father would utilize the gifts on the island as a means to wreak havoc on the world, Alosa has to decide whether to uphold her filial duty and lead him to the treasure or trick him and lead him astray -- something nobody has ever dared to do.

This book follows 17-year-old Fable who, four years after her successful merchant-trading father abandoned her on an island filled with thieves and criminals, is setting out on a journey to reclaim her life. The fateful day that her father left her on the miserable island was the day her mother died in a shipwreck, in which Fable was almost a victim as well. Claiming that Fable was “not meant for this world”, her father left her on her own with 5 parting requests: Keep your knife where you can reach it; Never, ever owe anyone anything; Know that nothing is free; Always construct a lie from a truth; And never, under any circumstances, reveal what or who matters to you. After all these years surviving on the advice of her father and the funds she procured from her job as a diver selling found treasure, Fable finally has prepared enough to charter a boat off the island. Setting out into the open sea, she hones in on one goal: locating her father and taking back what was taken from her -- a life of power and luxury.