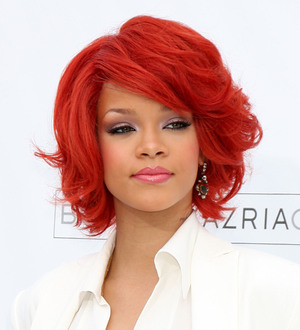 SLASH, Rihanna and Kelly Osbourne are among the stars who have reached out to the victims of a devastating earthquake which killed at least 138 people in Turkey on Sunday (23Oct11).

Dozens of buildings collapsed and 350 were injured after the powerful tremor struck in the city of Van, and rescuers fear the death toll will rise as they search the debris for survivors.

Hollywood actors, rockers and pop stars have since taken to Twitter.com to express sympathy for those affected by the disaster.

Guitarist Slash writes, "Our thoughts & prayers to the victims of the earthquake in Turkey," while R&B beauty Rihanna adds, "Turkey, we're praying for all of you Pray 4 Turkey," and Travis frontman Frank Healy writes, "Terrible news in Turkey... thoughts to y'all x."

Former Bond girl Denise Richards 'Tweeted', "Just heard about the devastating earthquake in Turkey... praying for all of you," and Ozzy Osbourne's daughter Kelly told fans, "My thoughts and prayers are going to all the victims of the earthquake in Turkey, it's just so sad!" while Australian actress/singer Holly Valance adds, "Praying for Turkey tonight."