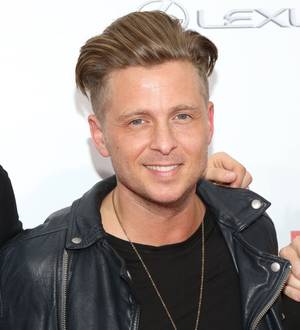 The singer/songwriter has been working with the Like A Virgin hitmaker on her 13th studio album, which Tedder believes contains "her best stuff in over a decade".

A track from the record, titled Rebel Heart, was leaked by hackers earlier this month (Dec14) and Tedder "panicked" amid fears it was one of the songs he had written for the veteran singer.

Following the hack, Tedder has now stepped up his security measures to ensure he does not suffer at the hands of cyber criminals.

He tells Breatheheavy.com, "With my tracks I have set up password encryption and I change my passwords all the time. I mean there is only so much you can do, change your password and never send open emails with mp3s (music files) attached.

"I don't know who does it, obviously there are a lot of people who spend way too much time scouring the Internet for stuff to exploit and make a name for themselves as hackers or whatever and I think that's where it comes from. I did speak to (Madonna) a few days ago but the leaks were nothing to do with the stuff I'm involved with thank God."