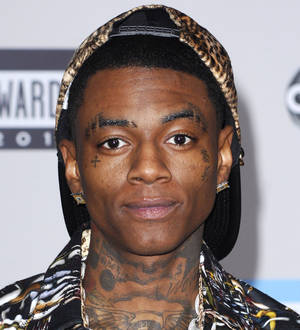 Soulja Boy has been sentenced to community service and probation after striking a deal with prosecutors in his gun case.

The Crank That (Soulja Boy) hitmaker's car was pulled over by police officers for a minor traffic violation in January (14) and a gun was found in the vehicle.

He was hit with a misdemeanor charge of unlawfully carrying a loaded firearm, and the hip-hop star pleaded no contest to the charge in court on Thursday (18Dec14) as part of a deal with prosecutors.

According to TMZ.com, the 24 year old was sentenced to 24 months summary probation and ordered to complete 170 hours of community service.