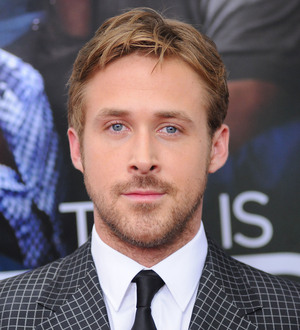 Ryan Gosling is relieved he missed out on an Academy Award nomination for his role in 2010's Blue Valentine, because he didn't want the "stress" of campaigning for a prize.

The actor plays the male lead in the romantic drama opposite Brokeback Mountain star Michelle Williams.

Despite receiving rave reviews, Ryan Gosling was missed off the Best Actor nominations list for this year's (11) Oscars ceremony, while Michelle Williams was listed in the Best Actress category.

But the actor, who was previously shortlisted for his role in 2006's Half Nelson, insists he was happy to avoid the media whirlwind surrounding the nominated movies and stars.

He tells Total Film magazine, "I was relieved. It was perfect for me because Michelle got nominated so I didn't have to (do) anything; she had to do all the work! With Half Nelson there was no campaigning; I just suddenly got nominated.

"But on Blue Valentine we were with (movie distributor) Harvey Weinstein, who had us on the whole campaign trail. You really saw how much you have to do for these things. You have lunches and you shake all the hands and you write notes to people. You're convinced it's what's best for the film - it means that if it gets nominated more people will see it, and if you're not campaigning, you're not caring about the movie. It's so stressful, and you don't know why you're stressed out, you just are."