Perry vs. Perry as Linda takes aim at Katy 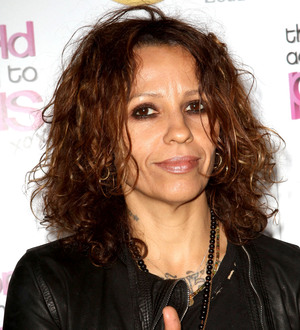 Celebrated songwriter Linda Perry has launched a scathing attack on Katy Perry, accusing the pop star of focusing more on churning out hit singles than creating songs with "substance".

The Grammy-nominated musician, the brains behind hits by Pink and Christina Aguilera, insists she is not a fan of artists who simply build their careers around chart success.

And Perry has singled out the I Kissed A Girl hitmaker for criticism, claiming it's stars like her who have left the industry "in turmoil" because fans are no longer interested in buying full albums.

In a YouTube.com interview, she says, "I'm not a huge fan of Adele but that's a solid record and it's selling. That means people are still buying records. It's the c**ppy, like, who wants a Katy Perry record? I'm sorry, but you're going to get the two songs that are probably the hits that are good, but the rest of the album is going to be c**p. It's going to sound like s**t.

"So people download the single, and that's it. She's great for what she does, but she's not reinventing the wheel, she's not giving substance... She's not looking to change the world musically, so all the power to her. I'm not saying that's bad, I'm saying it's not what I participate in. That's part of the reason why the music business is in turmoil."