Paul Bettany was motivated by money at start of career 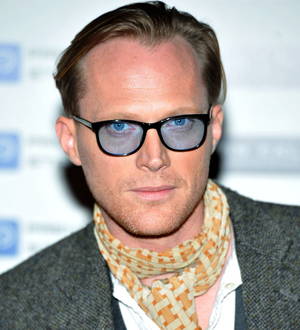 British actor Paul Bettany chased the most lucrative roles at the start of his career until he experienced a "reawakening" which inspired him to re-evaluate his choices.

The Da Vinci Code star's main motivation was to boost his bank balance and provide for his family, but he ended up making films he wasn't wholly invested in.

He says, "I knew... that life is precarious, so I went about making as much money as I could for my family. But often what happens is that the most interesting projects aren't the ones that are most financially lucrative. That's annoying but I have realized now that I would rather sit on my hands at home than make another movie I don't care about. That makes decisions a lot easier."

Bettany had an epiphany after making his 2011 Wall Street movie Margin Call, which rekindled his love of acting.

He explains, "I had a reawakening, which I know will sound really naff (lame) in print, but I did. I made Margin Call and I remembered why I loved making movies, which wasn't due to financial remuneration. I look back and remember things like The Heart Of Me, which I made with Helena Bonham Carter and Olivia Williams (in 2002), and I'm really proud of that movie. I feel like now I'm in my 40s, as an actor and as a man in many walks of life, these are your virile years. Great things are done by men in their 40s and 50s. I have chosen a life in movies and theater and I want to make beautiful things. I want to write and direct and whether they turn out beautiful is secondary to the intent. Honestly, hitting my 40s has given me a real sense of clarity."