One Direction to donate tour proceeds to charity 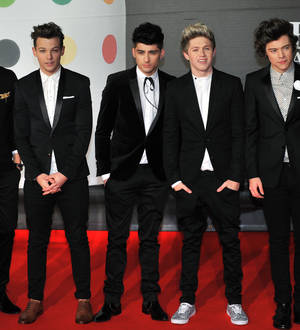 Pop stars One Direction have vowed to help fight cancer by donating a portion of the proceeds from their upcoming 2014 stadium tour to charity.

The band will head out on a massive trek next year (14) and they have now promised to give some of the money raised from ticket sales to the Stand Up To Cancer organization.

One Direction will hand over 77 cents from every seat sold on the U.K. and Ireland leg of the Where We Are tour, which kicks off next May (14), and the total is expected to exceed $310,00.

Bandmember Liam Payne says, "We're so proud to be supporting Stand Up To Cancer while touring the U.K. and Ireland. Cancer affects nearly everyone at some point in their lives so we all need to do what we can to bring forward the day when all cancers are cured. Stand Up To Cancer is all about bringing people together as a collective force and we hope our fans will get involved too."