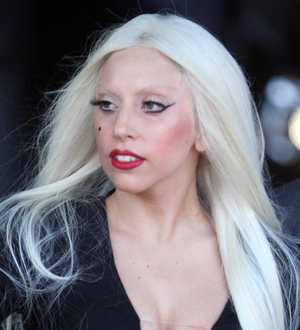 Lady Gaga was left stunned after throngs of devoted fans tracked down the set of her latest music video - in a sweltering Midwestern cornfield.

The singer travelled to a small town in Nebraska to film a promo for upcoming single You and I amid country roads and massive fields earlier this month (Jul11).

And the Poker Face hitmaker was in disbelief after spotting devotees, who she affectionately calls her Little Monsters, gathering to watch the shoot.

Lady Gaga tells Omaha radio station 94.1, "I shot my new music video here in Springfield. I've got to tell you, as much as I've travelled, I don't think there's anything hotter than being in a cornfield in Nebraska. It was so sweet, and I looked out and it's so beautiful, that tall corn - it really has a life of its own.

"I was looking out into the distance, it was all green just for miles and miles. Then all of a sudden you started to see these cute Little Monsters pop up in clusters. I said, 'Children of the Corn is real now. It's Monsters of the Corn!'"