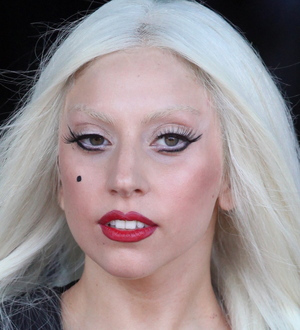 Lady Gaga was left so distraught by the tragic death of Amy Winehouse, she "couldn't speak" for two whole days.

The Rehab hitmaker was found dead at her London home on 23 July (11) and Gaga paid tribute to the soul singer on her Twitter.com page the following day (24Jul11).

In a post on the social networking site, she wrote, "Amy changed pop music forever, I remember knowing there was hope, and feeling not alone because of her. She lived jazz, she lived the blues."

Gaga admits she was so lost for words, she struggled to convey her emotions out loud until another day had passed.

During an appearance on talk show The View, she says, "I'm really so devastated and sad, I really couldn't speak for 48 hours straight, I was in such shock."

An initial post mortem proved inconclusive and Winehouse's cause of death will remain a mystery until toxicology reports are made available in the coming weeks.

But the star, a former drug addict herself, is angry at the press for portraying Winehouse as a victim of her own substance abuse.

She adds, "I just think the most unfortunate thing about it all is the way the media spins things, like, 'Oh, we can learn from Amy's death'. I don't feel that Amy needed to learn any lessons; I think that the lesson was the world needed to be kinder to the superstar.

"Everyone was so hard on her and everything that I knew about her was that she was the most lovely, nice and kind woman."

And Gaga sympathises with Winehouse for having to battle her personal demons under the glare of the spotlight: "It's a very lonely life, but I think that's part of what we love about her. You can't have it both ways - you can't enjoy listening to someone sing sad songs about the blues and heartbreak and then not expect them to be truly heartbroken and expect something different from them. Sometimes I'm very sad, just like everyone watching at home; sometimes I'm very happy."