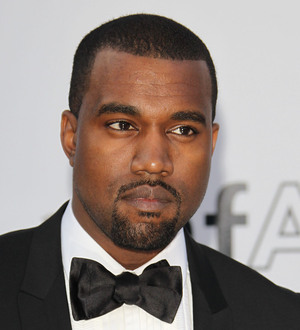 Kanye West angered fans at a U.K. music festival on Saturday (06Aug11) after he arrived late, suffered from voice problems and ranted onstage.

The Stronger hitmaker headlined The Big Chill event in Herefordshire, England, but his set was marred by a series of mishaps.

According to Britain's The Sun, the hip-hop star was late to arrive and struggled with a sore throat, before launching into rants about the music industry, claiming critics have treated him like he's "insane".

He told the crowd, "This is my most important gig of the summer but I'm really frustrated. I only have half of my voice. I just want things to be right. This is the reason we started half an hour late.

"There is so much bulls**t going on in the music industry right now. Someone needs to make a difference... People treat me like I'm insane."

Fans grew angry over Kanye West's behaviour, but he managed to win them over with a tribute to Amy Winehouse, branding the tragic British soul star a "beautiful queen" and singing her hits Back To Black and Tears Dry On Their Own.