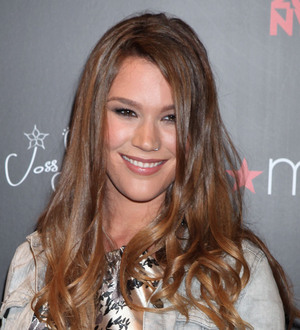 Joss Stone has urged Lady Gaga to ditch her outlandish stage outfits because her wacky costumes draw attention away from her musical talent.

Lady Gaga is known for her crazy wardrobe choices and famously wore a meat dress to the 2010 MTV Video Music Awards, but Joss Stone isn't a fan of her fashion and wants the Paparazzi hitmaker to let the spotlight shine on her vocal and musical skills instead.

She tells CYinterview.com, "I know the shock value is good and gets people to watch you, but actually (Gaga) can sing songs and she can play piano and it just feels like (her look) might overshadow what talent she does have."

But Joss Stone accepts Lady Gaga isn't the first artist to push boundaries - Madonna started the trend when she first emerged in the 1980s.

The You Had Me singer says, "Not the best singer in the world, but she (Madonna) was awesome with... her shock tactics... She inspired all sorts of other girls to do that."