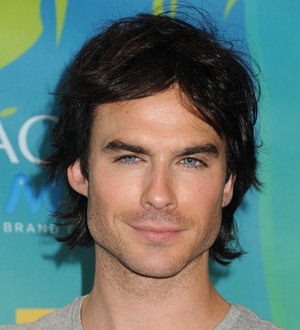 Ian Somerhalder is stepping behind the camera to make a documentary about a scientist who is pioneering a farming system to reverse global warming - with a view to landing the guy a Nobel Prize.

The Vampire Diaries star met eco-boffin Allan Savory during a recent trip to Zimbabwe and he was so impressed with the scientist's plans to aid the world's environmental problems, he has decided to champion him on film.

Ian Somerhalder says, "He's figured out a way to reverse climate change through agriculture, so I'm directing this documentary about him with Geoff Shotz, our camera director on Vampire Diaries.

"The goal of the movie is to win Allan Savory a Nobel Prize for agriculture, which has never been done."

The actor and eco-warrior tells Eonline.com, "You look at things like An Inconvenient Truth, which Al Gore did, and it never once mentions how agriculture contributes more to climate change than anything else in the world. It makes me crazy to think about it, so we're going to change that."