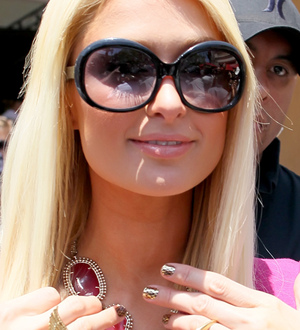 Paris Hilton's accused stalker has been told he must stand trial by a Los Angeles judge.

James Rainford, who has been arrested twice outside homes Hilton has owned, will face felony stalking charges in court, following a ruling by Superior Court Judge Jessica Silvers on Monday (15Aug11).

She told Rainford, "It's very clear from all these incidents that you are obsessed with Paris Hilton. This is more personal, and it is scary."

Rainford, 36, was previously convicted of battery against Hilton's former boyfriend Cy Waits, who was hit in the head outside a courthouse earlier this year (11).

Hilton did not attend Monday's hearing.

Rainford, who reportedly once proposed to Hilton, is being held on $150,000 bail and will be arraigned on 29 August (11). No trial date has been set.