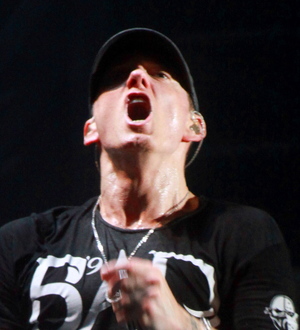 Eminem's boxing film has been dealt a heavyweight blow - his big screen comeback has reportedly been knocked out by DreamWorks studio executives.

Southpaw was set to be the rap star's first major role since his acclaimed 2002 debut in 8 Mile, but the gritty drama no longer has the backing from the Hollywood studio, reports Deadline.com

The film, which was to be directed by Training Day's Antoine Fuqua, focuses on a boxer who overcomes personal tragedy to become a star in the ring. Filming was set to begin in January (11).

Screenwriter Kurt Sutter previously revealed that it was based on Eminem's real-life struggles: "At its core, this is a retelling of his struggles over the last five years of his life, using the boxing analogy. I love that the title refers to (Eminem) being a lefty, which is to boxing what a white rapper is to hip-hop; dangerous, unwanted and completely unorthodox. It's a much harder road for a southpaw than a right-handed boxer."